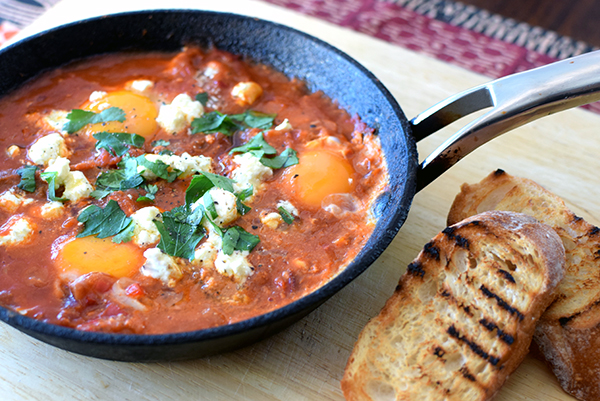 It is somewhat of an understatement to say that Raffles is hooked on food shows. I mean, the kid would rather watch a cooking show than a cartoon these days. He is particularly hooked on The Mind of a Chef, a series narrated by his mama’s favourite foodie and wordsmith, Anthony Bourdain.

Streaming on Netflix, the slightly cheeky and off-beat series takes a peek into the life and food obsessions of a series of high profile chefs. And best of all, it combines all Raffles favourite things – travel, cooking, history and science.

It’s not in the least bit a kids’ show, and though we are selective with what we let our kids watch, and admit I was a little concerned at first about all the cheffy swearing, most of is beeped and Raffles is too focused on the food to notice. He’s particularly fond of the first series and its host David Chang, of Momofuku fame, and his ramen-scoffing, Japanophile ways. But in spite of the steaming bowls of ramen and the abundance of Asian treats, it is the episode on Eggs that Raffles has watched studiously time and time again.

Raffles, inspired by David Chang and his buddies, and tales from his father’s misspent youth, has now decided to that he too would like to get adventurous in the kitchen with the humble egg.

It was a relatively peaceful time in terms of the ongoing conflict in the region and though Mr Eats World saw no direct fighting, security was tight and Uzi toting military men were just part of the scenery. Sadly, given he was barely 19 and drunk on the 90% proof local booze for most of his stay, details of his time there are a little sketchy to say the least.

What he does remember is that the Israeli folk he met were very hospitable, that the girls dining in restaurants were as likely to be carrying a sub-machine gun, as they were a handbag (because off-duty Israeli soldiers are required to carry their weapons at all times and all Israeli’s are required to enlist for a period of time), and that the Palestinians were some of the nicest people he’d ever met.

Oh, and that his favourite hangover cure was shakshuka, a dish of eggs poached in a spicy tomato sauce that was a popular breakfast standard in Israel. Needless to say when Raffles, in the spirit of David Chang, wanted to get a little creative with eggs, he decided to experiment with his dad’s old hangover pal.

So experiment we did. Though in typical Eats World fashion tossed authenticity out the window in favour of flavour. While Raffles loved the basic Israeli style egg and tomato, he decided it needed some zing, so we tossed a little Persian feta in for good measure. 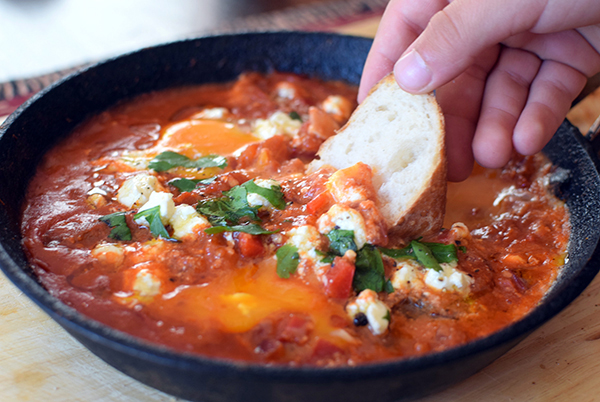 But still he felt it needed a little something more and, given the dish originated in Northern Africa, decided to beef things up with a couple of spicy Merguez sausages.

And the result? Raffles’ shakshuka with feta and Merguez sausage is so good, I reckon it would excite David Chang himself

Shaking up Shakshuka with feta and Merguez sausage 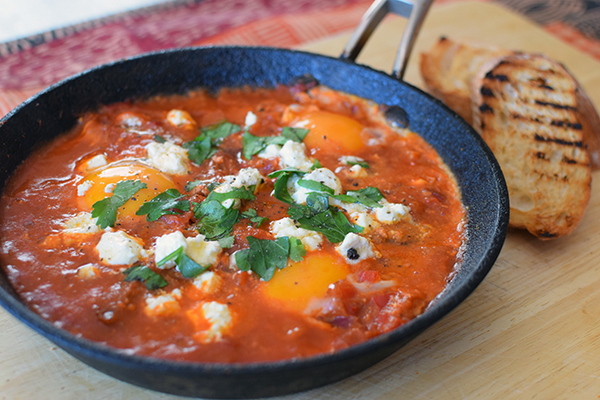 Sharing the shakshuka love over at IBOT

19 Comments on Shaking up Shakshuka with feta and Merguez sausage