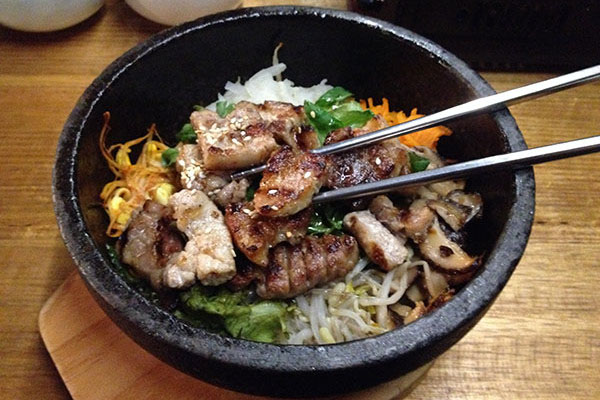 My mama is bit weird about Korean food. She goes a bit nutty when she sees a Korean restaurant and I think she’d eat bibimbap everyday if she could. So when we walked past Soban Korean Restaurant in Chastwood, I suggested we should have lunch there so I could find out why she keeps going on about it so much… but mostly because I was hungry, like I always am.

The restaurant looked pretty cool because there were little holes in some of the walls and big sticks over the other walls and the menu was really big so it took us a long time to decide what to get.

We had to start with dumplings because if I could I would eat dumplings until I popped. Korean fried dumplings are delicious. They were filled with meat and some chives, I think. They were a little bit crispy on the outside and hugely yummy. 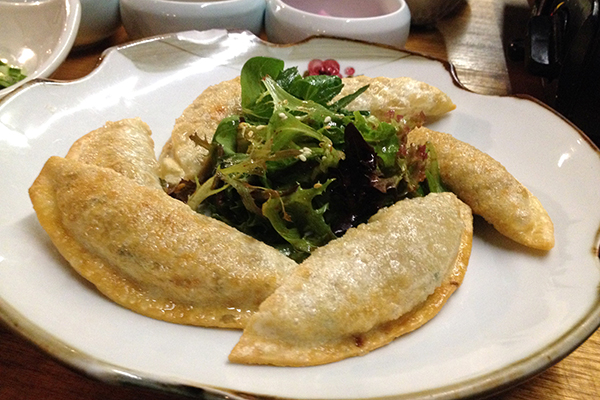 Of course mama ordered a bibimbap and it was brought to the table in a big pot that was making crackling and popping sounds because it was so, so hot. It came with pork and I finally get what mama was raving about, it was amazing! The rice was all crunchy on the bottom but soft on top and there were loads of different flavours from all the vegetables and stuff. It also came with miso soup which was a little different to Japanese miso but still good. I especially liked the big chunks of tofu in it.

The best dish though was the barbecue pork belly slices that you cook on a hot grill at the table. Mama let me do the cooking which was cool. 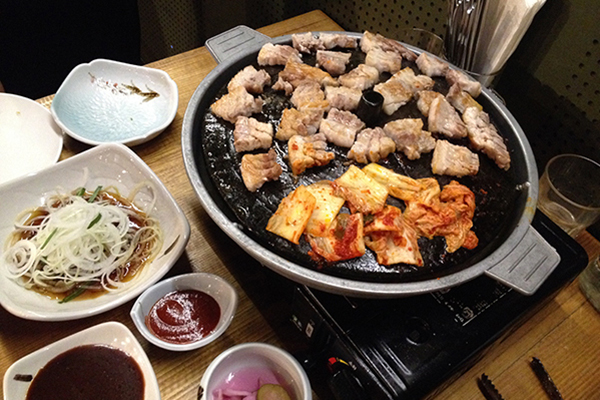 She said I did a pretty good job. The pork came with lots and lots and lots of little side dishes and pancakes like the ones you get with Peking duck. After I finished cooking the pork we wrapped bits of it up with different things from the side dishes like kimchi (spicy fermented vegetables) which my mama loved but I’m not so sure about. 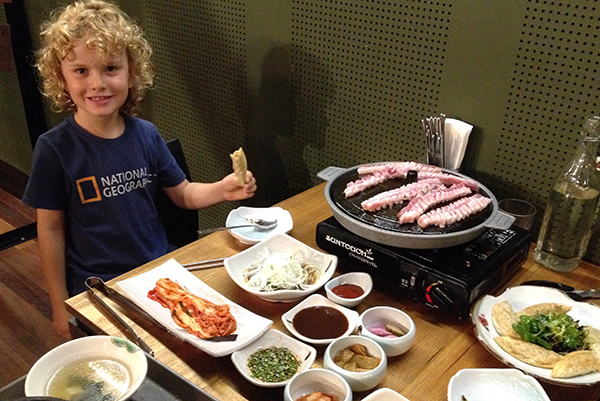 There were other bits that I did like though. The little pancakes were AMAZING. I ate about 10 of them and still wanted more.

Now I get why my mama loves Korean food so much. I might be a bit obsessed with it now as well. I think we might have to take dad there to try it, so I can eat everything all over again.