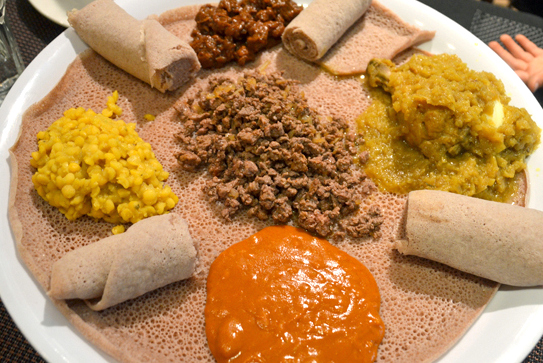 “I would really, really like to go on safari in Africa but my mama says I’m can’t until my sister and I are bigger. She says we’re still “snack-size” and too tempting for all the lions and leopards who’d want to gobble us up.

So instead of us getting gobbled she took us to an Ethiopian restaurant so we could do the gobbling and have a little taste of Africa. The restaurant is called Jambo Jambo which means “hello, hello” in Swahili. I know that because I learned it on Go Diego, Go.

We arrived right on opening which was good because I could look at the pictures on the walls without bothering anyone. There was African drum music playing that made me want to jump up and down and the walls were bright green and red and yellow which I think looks cool. 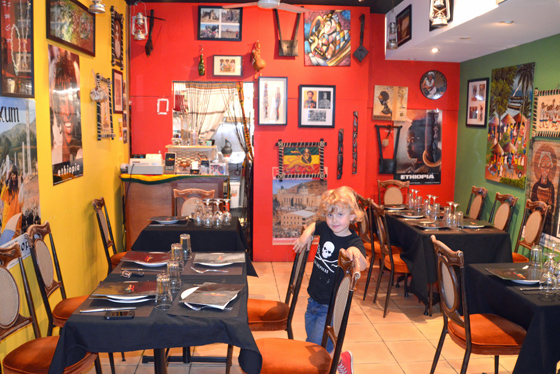 Mama says they are the colours of the Ethiopian flag which also has a blue star. There was a picture on the wall of Ethiopia’s old flag. It had a lion wearing a crown on it, which I think looked more cooler.

Jambo Jambo belongs to a nice man called Joseph who cooked our food and brought it to us. He even brought extra things for my sister and I to try because I think he liked us. 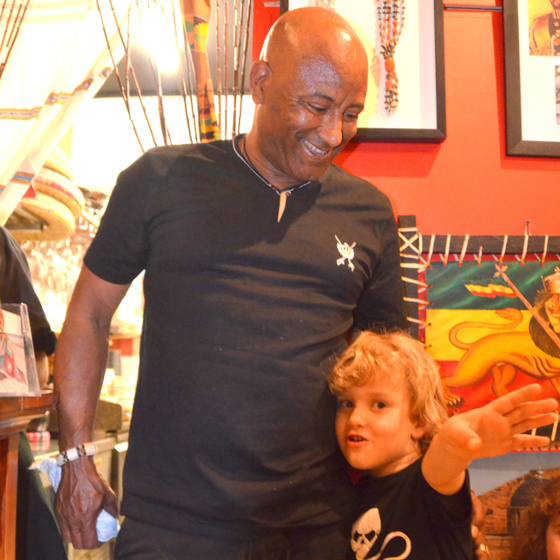 The food is different to anything I’ve ever tasted but it’s really interesting. We had Gebeta, a tasting plate where you can actually eat the plate because it’s made from bread called injera, which was a bit like a fat pancake. 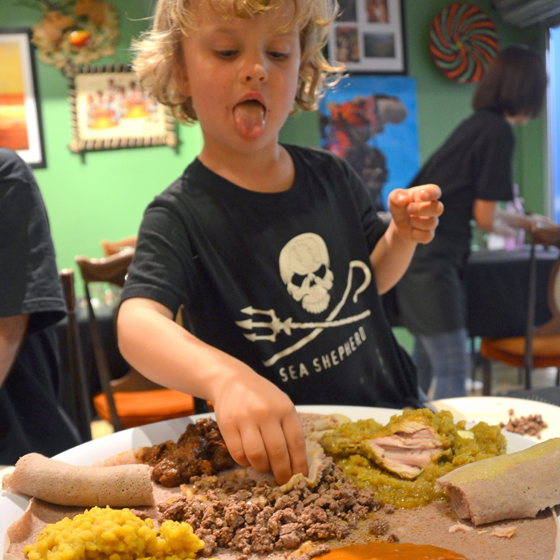 The injera was kind of sour and I’m not sure if I loved it but daddy did because it was made of special kinds of flour (fermented sorghum and teff flour) from Africa that don’t hurt his tummy.

We used the bread to scoop up the meat and vegetables that came on it. My favourites were the Doro Alicha (chicken), Kettfo (beef mince) and the Kik Wat (split peas) which was a bit like daal. My little sister seemed to prefer the hand towels to the food but that’s only because she’s really, really weird. 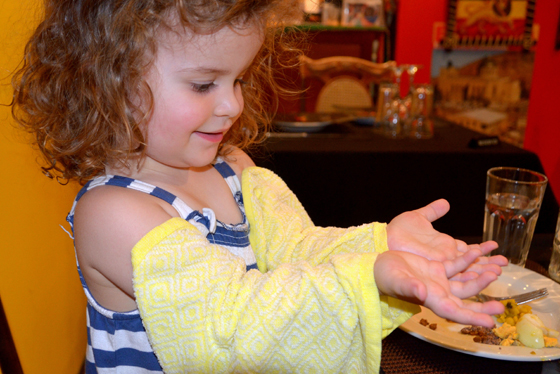 At the end of the meal Joseph gave my sister and I some ice-cream. I told you he was nice. You should go and meet him, I think you’ll like him.”