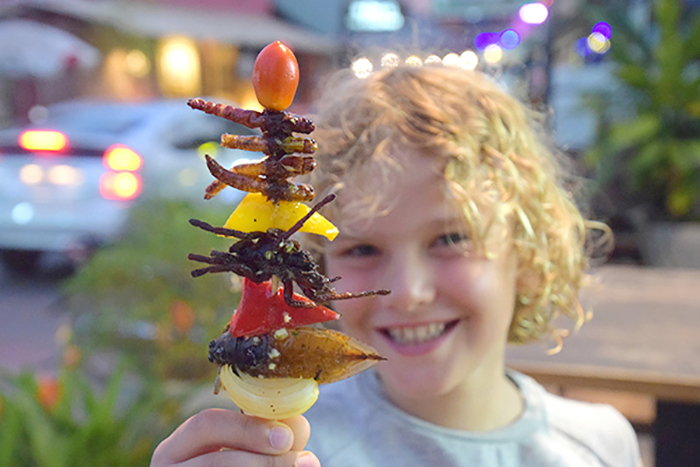 Before I tell you about Bug’s Cafe, let me explain a bit about Cambodia. A few decades ago, there was a terrible war and a really awful man called Pol Pot took over the country and starved the people. To survive, they would eat anything they could catch, including tarantulas, scorpions, silkworms and grasshoppers.

But even though the country and people are recovering now, they still eat bugs because they’re super nutritious and, so they say, tasty. And because I always like to go local in new countries, you know I had to try some.

But rather than just gobbling some bugs at a market, I decided to go hard core with a multi-course meal infested with fearsome creatures at Bug’s Cafe.  The Insect Tapas restaurant is run by a really nice French guy and a Khmer chef who turns creepy crawlies into yummy cuisine.

The menu here is really huge so we decided on a Discovery Platter, to get a whole bunch of bug for our buck. 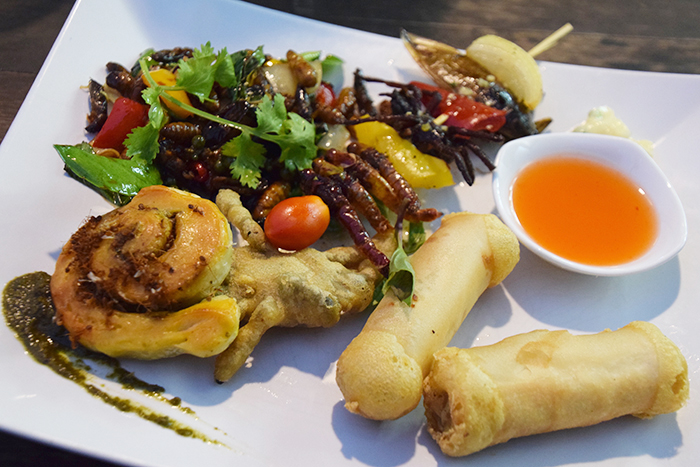 I do have to admit that even I got a little queasy when the platter of food first appeared, because some of the bugs were enormous! But I dived in regardless, nibbling on the legs of a hairy fried tarantula that was served on a skewer with a giant water bug and grasshoppers, which I set aside for later.

The tarantula legs kind of tasted like crisps and were quite nice.  Its gut was another story and though I managed to scoff it, I doubt that I would queue up for seconds. But I did find Tarantula much yummier in some of the other dishes we tasted, including a deep-fried tempura coated tarantula donut, which was just like eating a soft-shell crab, and in a (feta and tarantula) samosa, which was utterly delish. 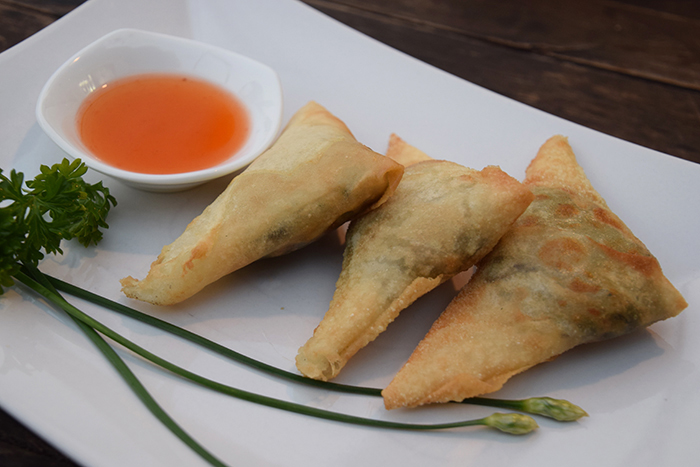 Another favourite was the wild spring rolls stuffed with ants.  They were so good I had to fight my dad to get the last one.  Mediterranean Feuilletés with Ants was also pretty darn good. It was a flaky french pastry studded with little ants and then covered in a delicious pesto sauce. I’d eat these every day, happily. Ants rock. 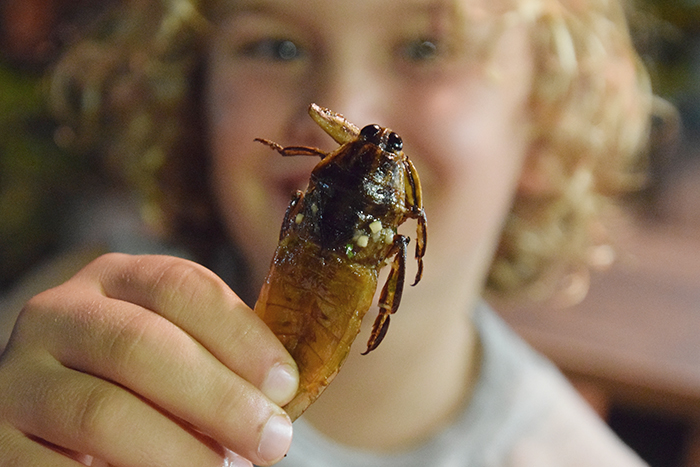 It looked like a cockroach and was so huge, I swear it could have eaten me. I didn’t like the texture of its little legs and hard shell in my mouth so didn’t end up finishing it.

My real nemesis was the wok fried silk worms. I tried. I really tried. The sauce they were served in was delicious and spicy with chili, garlic and coriander. But I just couldn’t swallow them without feeling like I would puke. Not just because of the texture, but because I couldn’t stop thinking about what they were.

I washed the worms down with a mango and coconut drink, and mum and dad ordered me some Amok Crocodile Kebabs with sweet potato fries so we could end the meal on a high. They were epic. I love crocodile meat and amok is one of my favourite Cambodian sauces. 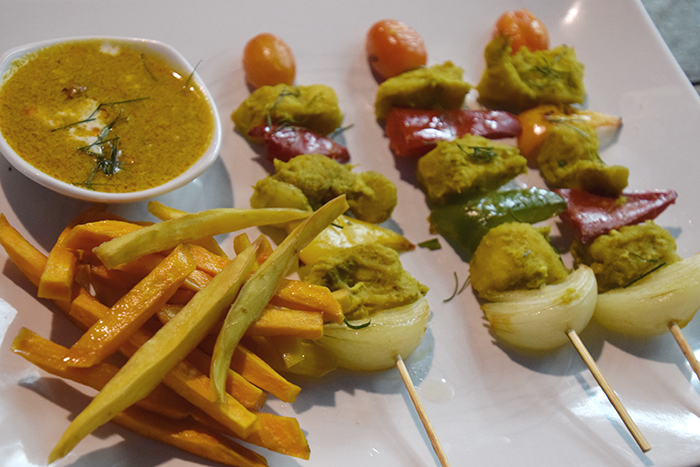 So, would I eat bugs again? You bet (in fact, he did a few weeks later in Yangon). And if I was going to have them anywhere Bug’s Cafe would be top of my list. The food here is awesome. The flavours are tasty.  And though I wouldn’t say bugs are my favourite food ever, I could get used to them, because not only are they really good for you but they’re good for the planet too.

Growing them has low impact on the environment and is more sustainable than other forms of food production. So you know, for the sake of the planet, maybe more restaurants should start serving up bug buffets.