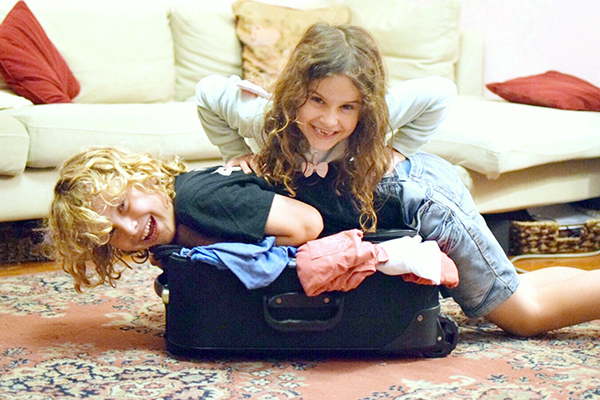 This post was written in collaboration with Vision Direct

I am what one would call a ridiculously light packer. Whether I’m travelling with the kids in tow or flying solo, I hate lugging luggage. So much so I’ve been known to rock a fortnight-long holiday with nothing more than a carry-on.

The kids on the other hand are notorious for trying to pack everything they own, except clothes, into our suitcases. But as we frequently fly on budget airlines with minimal luggage allowance, and I ain’t carrying them,  I am ruthless at eliminating items that aren’t essential or useful to reduce weight.

But there are a few travel items that this girl simply can’t live without and I insist on packing in my carry on. Here are my family travel essentials.

2. A set of spare clothes

Over the course of hundreds of flights I’ve only ever had one bag lost in transit, and though it found its way back eventually, I was stuck for days without clothes in a country that didn’t really accommodate the sartorial requirements of a 5’9 human. Suffice to say, I stunk. Ever since I make sure I pack a spare set of clothes in my carry on, in case my checked baggage doesn’t end up holidaying at the same destination as me. The kids too carry a change of clothes, but that’s more because they are total grots.

3. A vat of Rescue Remedy

Despite the huge number of flights I have survived, I have yet to overcome being a gutless wonder who is shit scared of flying, so I always pack a full bottle of Rescue Remedy, which I tend to knock back like water on take off and landing.

There is perhaps no other more useful garment in my carry on than a large scarf or pashmina. Not only does it double as a blanky on chilly flights, which is almost always stolen by one of the kids, it’s perfect for hiding the great blob of airplane food I always manage to spill on my shirt mid-flight.

Another in-flight packing secret is that I steal the towelling slippers from hotels for me and the kids. They weigh nothing, slip easily into our hand luggage and make the perfect fix for scuttling around the plane, hygienically.

I’m as vain as the next person and Yves St Laurent Touche Eclat is hands down the best beauty product ever invented for travellers (or those folk with a tendency for rocking killer hangovers). I do not leave home without it. A touch under the eyes and a spot here and there and I can almost pass for a human being after a red-eye flight.

Sunglasses are another travel essential, and not just so I can swan through the airport like some kind of incognito celebrity, sweetie darling. While my sexy new Versace’s do come in handy for hiding my jet lagged eyeballs and accidental holiday hangovers, I also insist on the kids having high-quality eye protection with adequate UV protection because wearing sunglasses now will help protect them against eye problems later. A scratch resistant design is another must – because children!  The only catch till now has been trying to convince them to keep them on. The rocking Ray-Bans they chose from Vision Direct seem to have solved that problem because now they practically want to sleep in them. 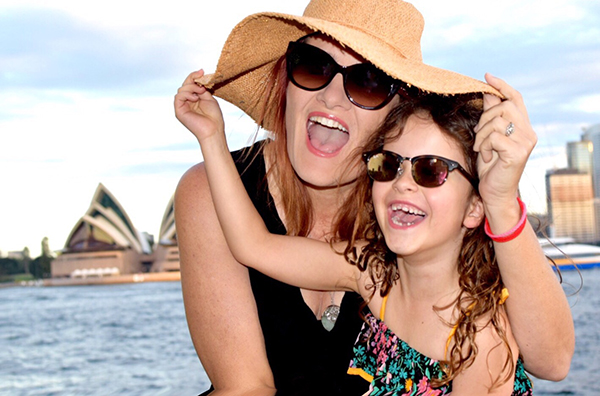 You don’t have to pack a pharmacy, but an up to date travel first aid kit is essential for any travelling family. You can see our suggested essentials here.

9. A pack of pain killers

Separate to our first aid kit I pack both children’s Paracetamol and Ibuprofen, as well as the grown up variety for flights, because there ain’t no magical fly-through pharmacy at 30,000 feet and the on board first aid offerings aren’t necessarily going to cut it.

My camera, phone and laptop travel with me at all times (but all associated chargers holiday in our checked baggage, if we have any).

The kids always bring their fully charged iPads, packed to the brink with Netflix downloads, , which they carry in their own hand luggage along with their own headphones.

A Universal adapter plug is essential so you can plug in and charge up in transit wherever you are. Ours comes with a bonus USB charge port, making life even easier when you’re toting the amount of technology we tend to these days.

I also always pack a full charged mini battery charger because my phone always times its death just as I arrive somewhere and need it.

14. Swags and swags of zip-lock bags

Zip-lock bags are solid holiday gold! I always pack a stash in different sizes for phone cords, cables and sim cards as well for transporting half finished snacks.

Speaking of snacks, if I’m travelling with the kids I also pack a few relatively healthy ones like nut bars, apples and dried fruit because the kids rarely time their rumbling tummies with cabin service.

A refillable water bottle. Better for the environment than disposable plastic bottles, there’s usually a bubbler somewhere past customs that you can use to fill it before boarding to keep the fam hydrated.

My number one essential is to pack realistic expectations because when you’re travelling with kids, mishaps and the occasional tanty are bound to happen, no matter how carefully you prepare.

Disclosure:  Vision Direct generously provided us with our new sunnies but all opinions, as always, are own. We’re sharing the love because, let’s be honest, they’ve made us look like rock gods!

10 Comments on Packing it: Our family travel essentials