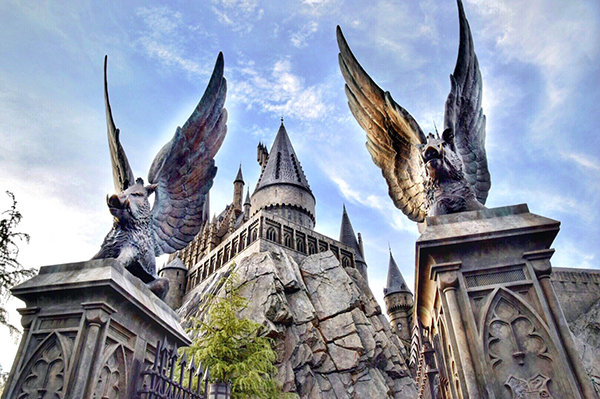 I must confess that I was a little late to the party when it comes to Harry Potter. In fact, I’d never read a single word of his wizardly tales until Raff became hooked on Harry. Now I’ve read all the books and watched each and every one of the movies somewhere in the vicinity of 32,346,987 times (and that was just last month). We even took Raffles to visit the epic Wizarding World of Harry Potter at Osaka’s Universal Studio a year or so back. And my boy didn’t even need to resort to an Imperius Curse to coerce me, as I am now as wild about Harry as he is.

Needless to say, when I was invited to return to discover some of the best things to do in Osaka and, more specifically, what’s new in Osaka’s Wizarding World, I was quick to saddle up my broomstick (well, a seat in cattle class, but that sounds way less windswept and interesting). But first I had to break the news to my little Potterhead that I would be flying solo this time. You’d be right if you assumed that went down like bringing Draco Malfoy as your date to a Gryffindor keg party, his sulky demeanour only appeased by me promising I would bring back a little something for him. A promise which he somehow conjured into a full shopping list of wizarding wares I would be required to gather.

But I digress. After my flying visit I can assure you that the Wizarding World of Harry Potter is as incredible, if not more, the second time around. 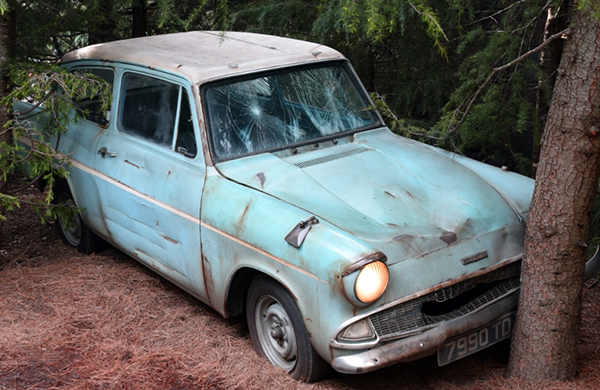 The anticipation builds as I walk past the wreck of the Weasley’s Flying Ford Anglia and the Hogwarts Express. 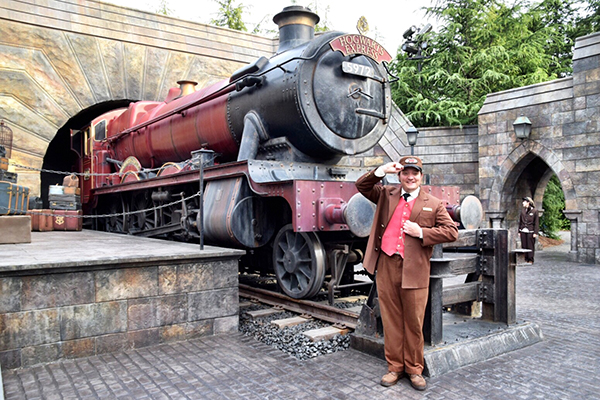 But nothing beats the moment that I step into the cobbled streets of Hogsmeade with its magical puffs of faux snow, the incredible attention to detail at the Wizarding World of Harry Potter making it all feel very, very real. 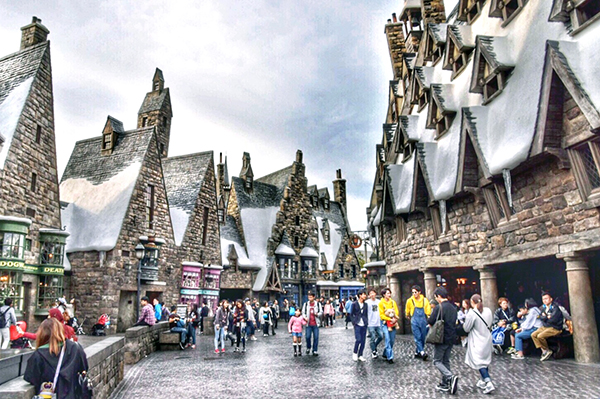 So real that I even find myself sharing a toilet cubicle with Moaning Myrtle, whining away as per usual, albeit in Japanese. 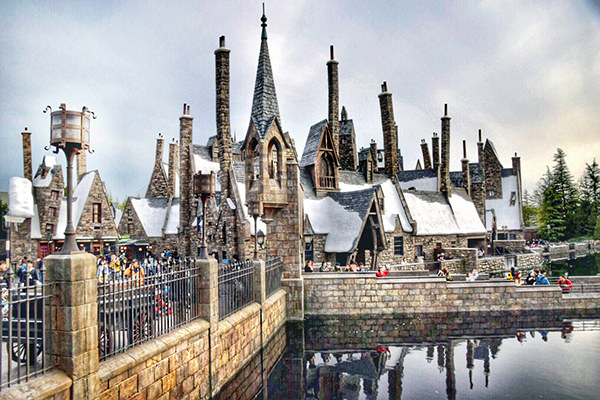 After wandering around the village past Zonko’s Joke Shop and The Owl Post, we’re introduced to the first of the theme park’s newly launched attractions, Wand Magic, where visiting Muggles can create their own magic, if they have the right incantation and correct wave of their wand. 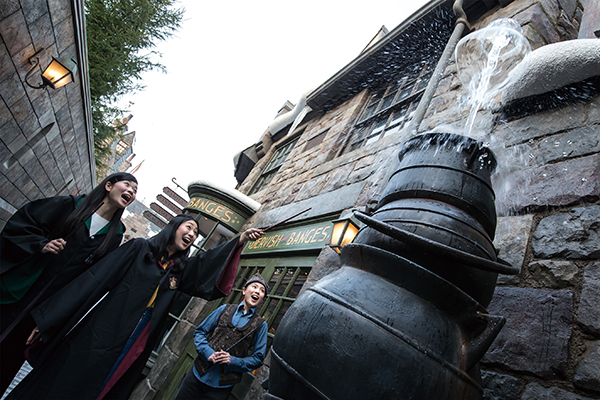 But this can’t happen until we L-Plate witches and wizards let a wand choose us in Ollivander’s. Once armed with my own wand, my first attempt to overflow a large cauldron with a wiggle of my wand is a total fail, but my second effort has water leaping into the air. When you’re not divining water, you can also conjure up a flurry of falling snow or master a fire-making charm at various spots around the Hogsmeade village.

All that magic making works up an appetite so we pop in to The Three Broomsticks where Muggles can dine on British favourites like fish and chips or roast beef with yummy Yorkshire puds. 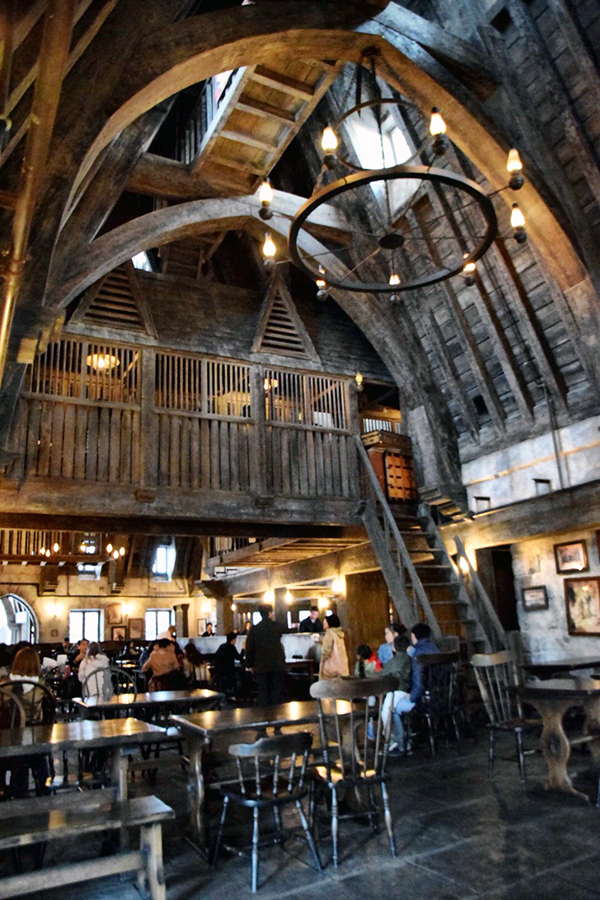 And, of course, to knock back a tankard or two of the sweet butterscotchy concoction that is Butter Beer. 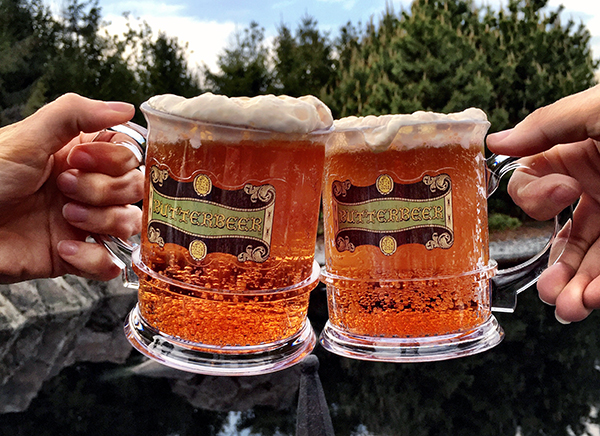 We raise our glasses while soaking up the awesome sight of the towering spires of Hogwarts and its reflection in the tree-lined Black Lake (a feature exclusive to the Osaka theme park). 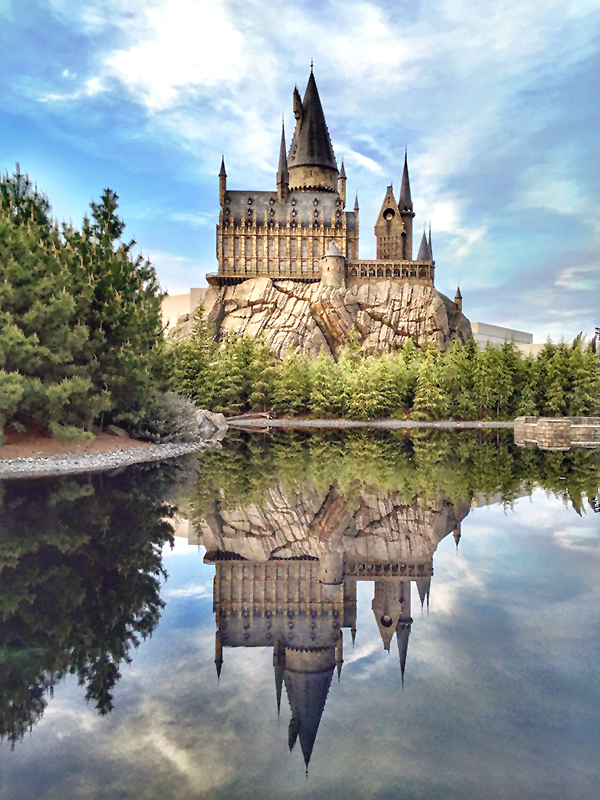 Sated, we head into the hallowed halls of Hogwarts School of Witchcraft and Wizardry, past bickering portraits and a holographic Harry, Ron, and Hermione having a natter in the Defence Against Dark Arts classroom. Then it’s time to board a broomstick to soar above the castle grounds, down over the Black Lake past the snapping whomping willows, ducking as Golden Snitches swoop by. At least it would be if, eager as I am to keep all that Butter Beer in my belly, I didn’t sit out the park’s star attraction, the 4K3D Harry Potter and the Forbidden Journey ride, which I am assured is epic by a less wussy colleague.

There’s also the mini coaster, Flight of the Hippogriff, which I also studiously avoid. 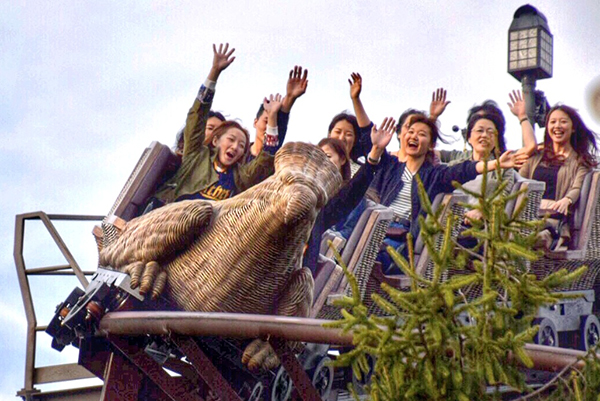 While my colleagues fly and twist and spin I pull out that shopping list I was sent here with. Good lord, it is comprehensive! I pop in to Honeydukes candy shop to stock up on all the dietary requirements a growing wizard requires including Chocolate Frogs, Acid Pops, Exploding Bonbons, Jelly slugs and, of course, a big box of Bertie Bott’s Every-Flavour Beans. 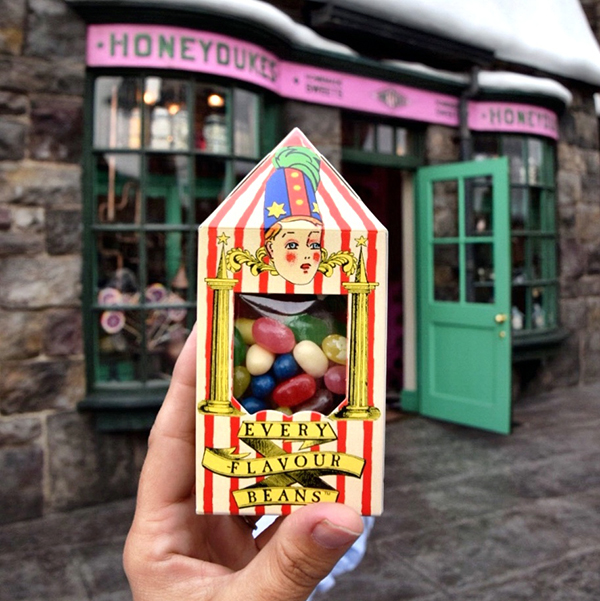 Because what self-respecting wizard wouldn’t want to shovel mouthfuls of snot, vomit and dirt flavoured jellybeans in their gob?

A Gryffindor Uniform is next on the shopping list, as is a pet hippogriff, which has me stumped. I’m not sure where I can buy an actual real life mythical creature, let the alone the customs implications of taking it back home, but luckily I spot a stuffed plush one that should just about do the trick.

Then it’s back to Ollivanders where I have to make the tough decision of which of the gazillion wands my wannabe wizard would like. I mean, he already has a replica of Hazza’s magic stick from our previous visit, and there are dozens of different wands to choose from.

I decide to conjure up a little hocus pocus of the digital variety, and invite my boy to come shopping with me via the magic of Skype. Together we browse Ollivanders and he gets excited by a skull topped death eater’s wand but wants to keep searching. He recoils at the very thought of me buying him the “nasty stick of evil” belonging to Harry’s noseless-nemesis, Voldemort. There is a moment of hesitation over Professor Snape’s elegant wand, which I kind of fancy myself, but once he spots the powerful Elder Wand, Dumbledore’s tricky beauty, our Skype shopping expedition is over and he and insists that it is this wand that will follow me home.

My wee wizard sorted, and darkness falling over the castle, our group is escorted to join the throngs gathering at its base. 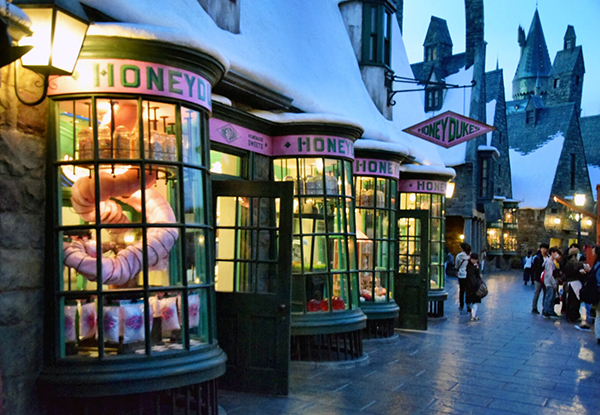 The last stop on our tour of the Wizarding World of Harry Potter is the spectacular new Expecto Patronum Night Show.

I still have Raff in my pocket via the magic of mobile data, so we agree he can hang about on my smartphone to watch the show with me. Sharing the amazing experience with my beautiful boy, even if it is by smart phone from halfway across the globe, is a highlight of my Universal experience.

Even from afar he is as awestruck as I am watching the gliding, wraith-like figures of Dementors (who, with their flowing black clothes and snarky demeanours, remind me a little of myself before my first morning cuppa) as they buzz ominously around the castle walls. 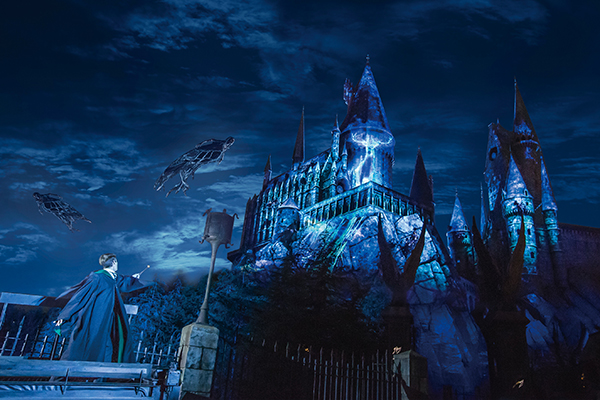 On the ground, students from Hogwarts School of Witchcraft and Wizardry battle to keep the despicable Dementors from feeding upon human happiness. But they’ll have a battle on their hands defeating the hungry horrors as happiness is something there is no shortage of here, given Universal Studios Japan and the Wizarding World of Harry Potter excels in producing it, particularly when they insist on conjuring up enchanting, magical shows like this. 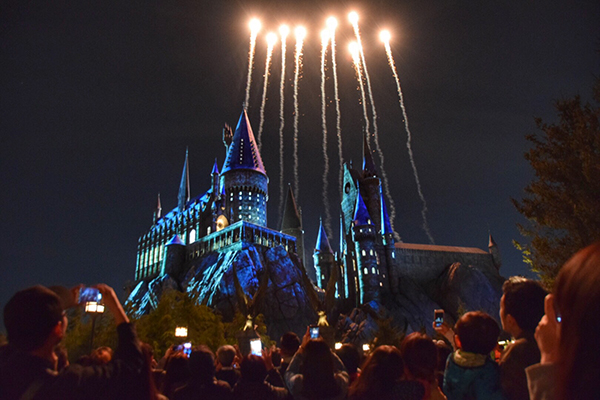 Disclosure: My visit to Osaka was supported by Universal Studios Japan, but as always, all opinions, jelly bean scoffing and general word wizardry, is my own.