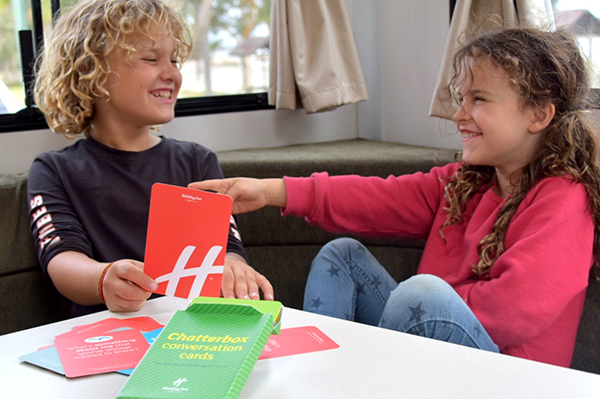 It is not often that our garrulous family runs out of things to talk about, in fact you might say it would be harder to shut us up. But when we’re travelling, which is often, our familial chattering tends to lean more towards what we are doing right in that moment, or is just Mr Eats World and I shouting at each other over directions (seriously, dude could get lost driving around the block) while the kids bury their faces in their iPads.

But in an effort to stay unplugged and to reconnect during our recent motorhome holiday, we left behind the iPads and instead packed a set of Holiday Inn’s Chatterbox Conversation Cards, another outstanding element to Holiday Inn’s ongoing efforts to bring families together. These awesome discussion prompting cards, available for complimentary usage at participating hotels and resorts, have been designed to inspire discussion between parents and children, as well as to enhance listening skills, self-expression and teach kids the art of structured thinking and communication.  In theory.

Of course, what I predicted would actually happen is that removing iPad’s from the equation and replacing them with a little chit chat would turn the kids savage. I mean, I seriously considered packing a Kevlar vest to prepare myself for the onslaught that was sure to come my way when I told the kids they actually had to converse with us in the car instead of staring at screens. 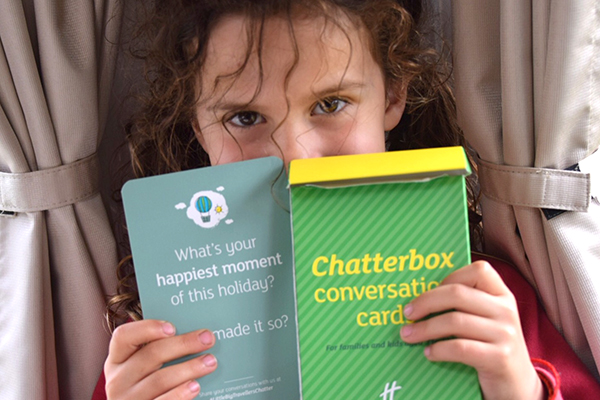 But it turns out any delusions of a career as a fortune-teller were ill-founded, and instead of going batshit crazy at the lack of screens the most amazing thing happened. 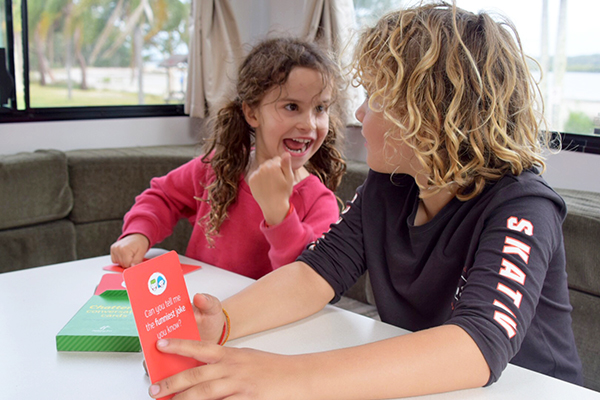 The kids, Sugarpuff especially, embraced the concept and were begging to drag the Chatterbox Conversation Cards out to get their chitty chat on at every opportunity.  While I’d thought we were pretty good at exploring deeper subjects, these cards were a game changer and the conversations that ensued revealed things that I was surprised to find that I didn’t actually know about my children. 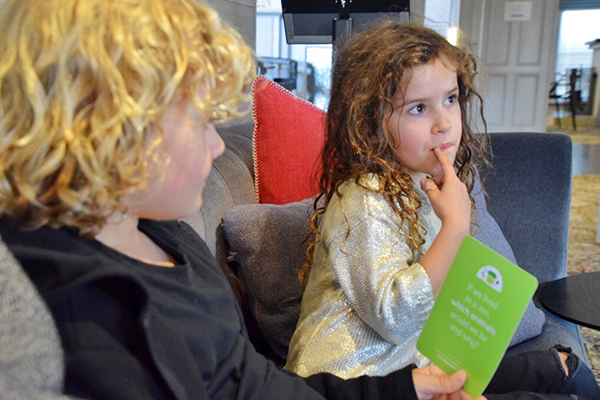 Like the fact that my daughter’s favourite season is autumn because she loves all the crunchy leaves, while my son is 100% devoted to winter because he would be happy to ski every day. I discovered that while Sugarpuff would like to travel back in time to take Lady Godiva some underpants and “would definitely not look at her butt’,  Raffles would be packed and ready in seconds for the chance to go back “to the 60s, to jam with Jimmy Hendrix”.

The kids told us jokes that were so spectacularly unfunny we couldn’t help but laugh. They told us what they most wanted to learn about and how they planned on making their dreams come true, with such unbridled conviction that I have no doubt they will. And while I won’t share their cunning plans, I will send a community service warning to the world to watch out, because these kids are on a mission (mostly for good, though I suspect there may be a touch of evil).

Raffles informed us of his eagerness to travel to New Orleans “to listen to the blues and eat gumbo and beignets” or “to the Amazon to discover a new civilisation of people who will give me gold and make me their King.” 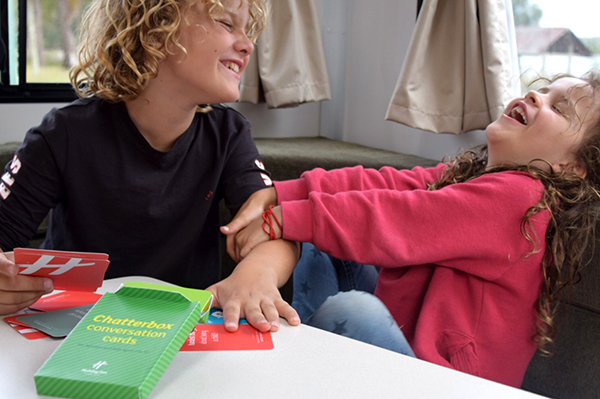 And sweet little Sugarpuff shared her desire to visit India so she can visit the Taj Mahal. They also beautifully articulated what they’d like to see change in the world (to summarise, there’ll be rainbow flags flying high, poverty will not exist, there’ll be no nukes, there will be free ice cream for everyone, and sorry Donnie T, but you’ve been voted off the island).

Most poignantly, Raffles described the happiest moment of our holiday as “being able to have these open conversations with you guys”.

But my happiest moment was discovering what an incredible, aware and seriously delightful pair of humans we’ve made.

Disclosure: We received a set of Chatterbox Conversation Cards from Holiday Inn, however all chin wagging and opinions are our own.

6 Comments on Big conversations with our little travellers