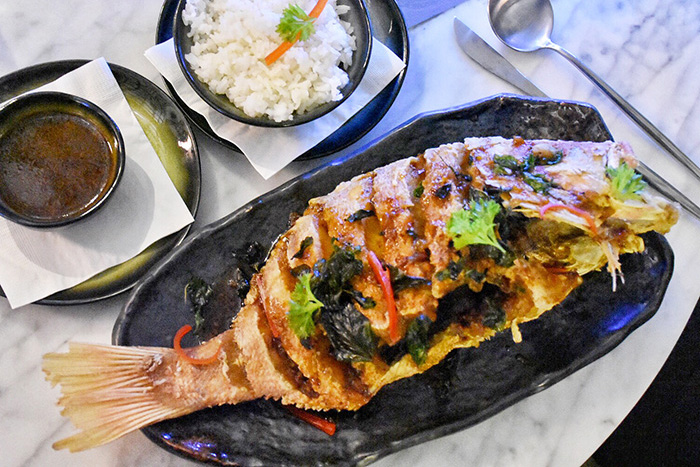 Pro tip: If you want really good Thai food, go to Fiji! Yes, I said Fiji! You see, Kah Restaurant at Pullman Nadi Bay Resort and Spa Fiji, has some of the best Thai food I have ever had the pleasure of stuffing my face with, even in Thailand.

I mean, I went to Fiji expecting to fill up on bowls of kokoda (Fijian raw fish salad) and tropical fruits, and I did, but by dinner time the call of Kah became impossible to resist. It is the resort’s “adults only” restaurant, though families are welcome to eat on the deck or eat from the Kah menu at the neighbouring Barefoot Bar. And I totally recommend that every family visiting Fiji should because the food is ridiculously good. Seriously, I don’t even have the words to describe the sheer awesomeness of the food and service here. I mean there’s good, there’s amazing, there’s oh-my-gosh-my-tastebuds-are-dancing, and then there’s Kah.

I have to start with a shout out to our waitress, the amazing Siteri, who was really sweet and made us all feel super special. Then there’s the menu, which was essentially a list of everything I could ever dream of eating. I had a hard time choosing because everything sounded so good but decided to go straight up traditional. 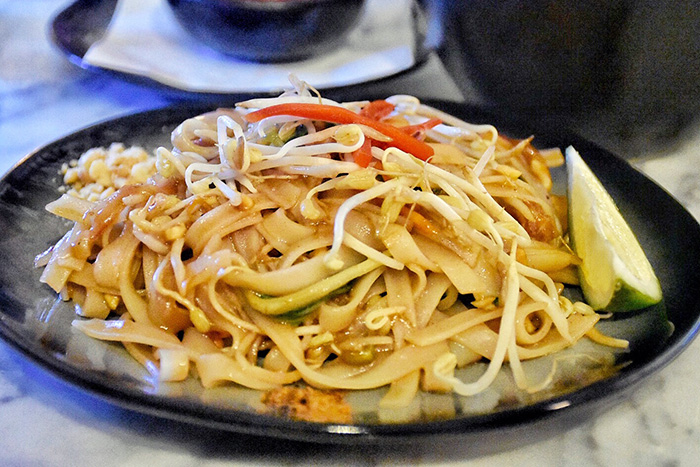 I started with a Pad Thai with tamarind sauce and fresh lime, which absolutely blew me away. It was quite honestly the best Pad Thai I’ve ever had. I mean I can’t even remember how many times I’ve had Pad Thai and the dish has been ruined by gloopy over-cooked noodles. But these noodles were perfectly firm and silky. And the whole dish was the perfect balance of sweet, savoury and sour with the zingy flavours of tamarind and lime shining through. 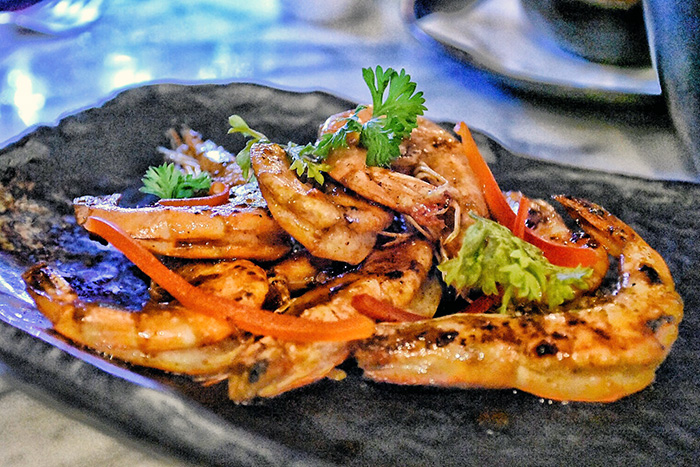 For my second entree (technically my mums, but she needs to move faster if she thinks she’s ever going to actually eat all of her meal with me around, so we’ll just call it mine, OK?)
She/I had smoky grilled local tiger prawns that were a-maz-ing. They came with an absolutely addictive sweet, sour and spicy tamarind and chilli sauce that was so good I drank the leftovers.

My third entree (again technically my dad’s, but you get the gist) turned my taste buds upside down. Confession time! I don’t usually like fishcakes due to their rubbery texture and I was initially reluctant to steal/try. But I am so glad I tried these fishcakes, because the intense pop of flavour blew my mind. But it was the more coarse texture that won me over, and the fact that it actually tasted like fish instead of manufactured muck. Plus the sweet and sour chilli sauce that accompanied it kicked butt! 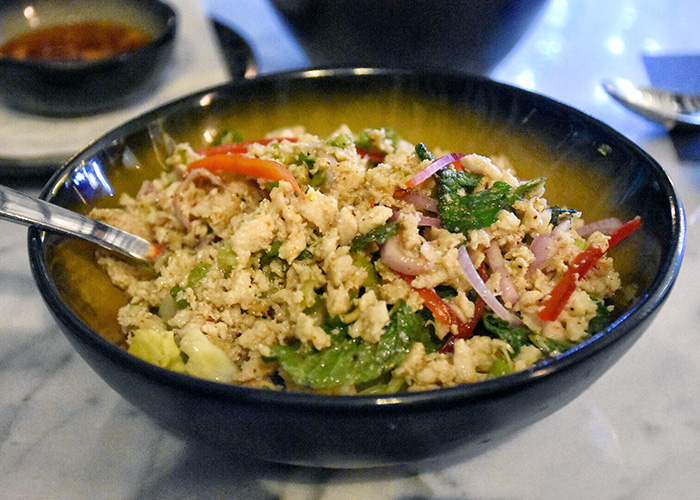 There was a fourth bonus entree of chicken larb salad served up for us to share (not on my watch) and its light, limey flavours were just as heavenly.

After my extreme entreeing, I have to confess to being a little full. Ha ha, as if! You know me, I’m like the Da Vinci of eating and have made gluttony an art form. I don’t think it’s even possible to fill my copious belly. Lucky for said belly, the mains soon made their way out of the  kitchen in all their sizzling and spicy glory.

I devoured an epic Penang duck curry, with the juiciest duck smothered in a creamy, spicy and earthy sauce and just the right amount of spice and heat. Mum went for something a little out of the ordinary, spangled emperor with smoked curry paste and eggplant. It was a real winner, not only because I got to scoff at least half of it. The fish had been baked in a banana leaf and was firm but super juicy and the eggplant chunks were like mini explosions of oozey, sticky loveliness. But it was the kick arse, smoky red curry sauce that had me entranced. In fact, this dish was pretty much a plate full of heaven. 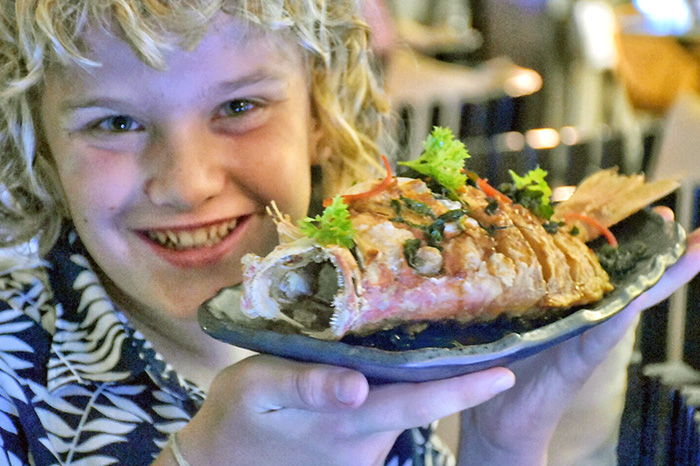 The expression on my dad’s face when his main course arrived was almost as joyful as mine when I stole it from him. I mean, his whole crisp fried fish with three flavour sauce and steamed jasmine rice was enormous, and I knew that would mean there’d be plenty for me. Mind you, it was a bit of a battle! He wasn’t at all keen on giving up a single flake of that perfect fish. But it was a war he had no chance of winning and I greedily gobbled as much as I could. It was perfection, crispy, flaky, and moist and really brought alive by the tangy sauce.

We skipped desserts, mostly because my lightweight parents couldn’t handle another bite of food. Me, I could have eaten the entire meal again. And probably will, tomorrow night, because food as good as the stuff they’re whipping up at Kah Restaurant at Pullman Nadi Bay needs to be treated with slavish devotion!