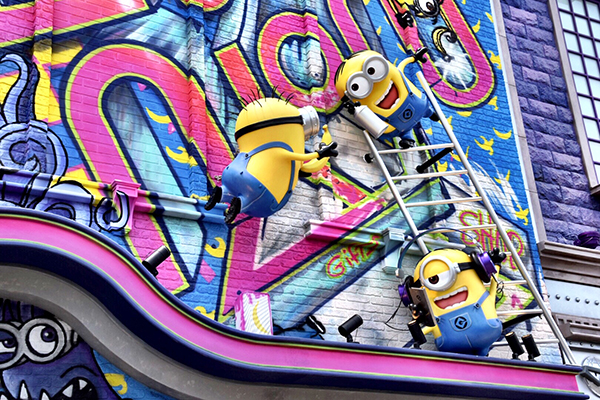 The Minions have stormed Osaka in a blaze of banana. That’s right, the mischievous yellow henchmen, along with super villain Gru and his girls, Margo, Edith & Agnes have moved in to their new headquarters in the brand spanking new Minion Park at Universal Studios Japan.

So what exactly is Minion Park? 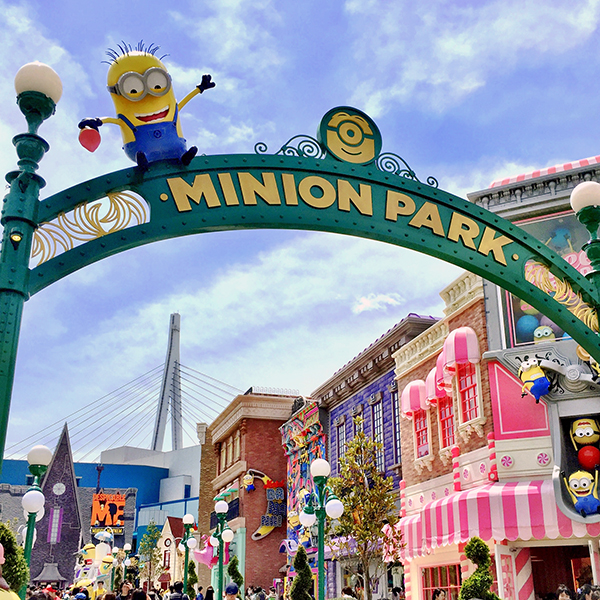 Well, to be frank, it is an outrageous ocular onslaught of retina searing banana yellow, neon-bright shopfronts and marvellous Minion mayhem.

Having been invited to visit in its opening week, I am happy to report that it is also a yellow-tinged world of outrageous fun, designed to uncork your silly side. And though on this occasion I visited sans children, uncork it I did. 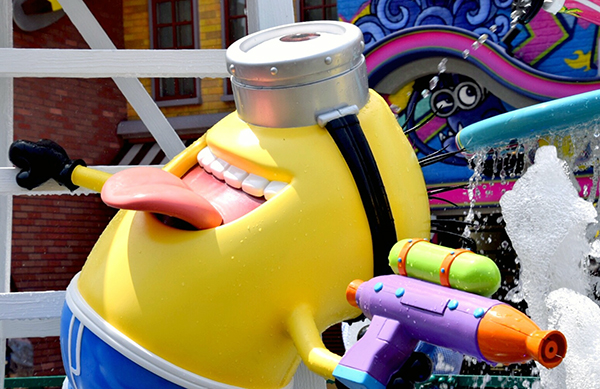 My first stop, because I am nothing if not perpetually hungry, is Delicous Me!, a factory pumping out cookie after fresh baked minion cookie, each ready for stuffing full of yummy baked marshmallow with mango mouse, tiramisu cream, or banana ice cream and fruit. 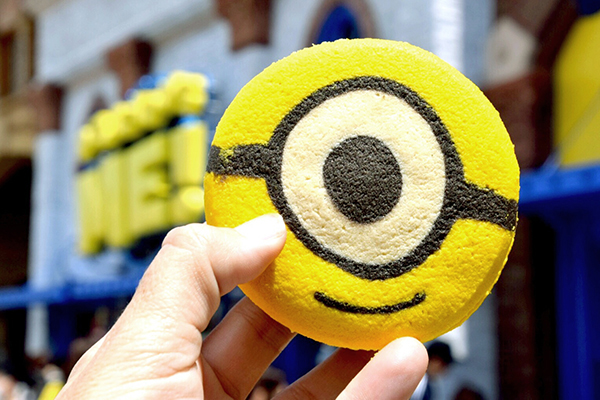 The cookie sandwiches are a thing of yellow-hued beauty, and so moreish it’s hard to stop at one. Esepcially when you are a glutton like me. But my tip is that you absolutely should because, as I discovered, there are plenty of other tasty treats in store, but more on those shortly. 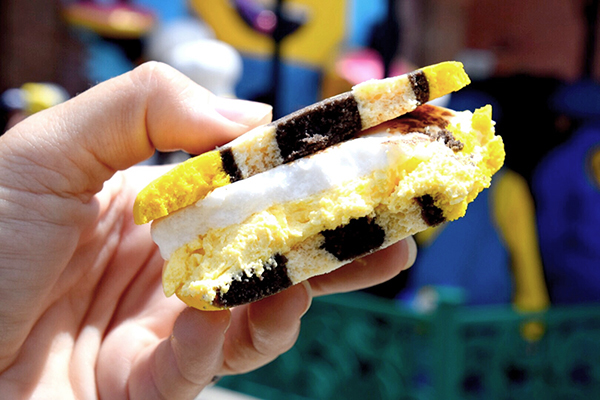 After you’ve finished licking mango mouse from your fingers, hit up Super Silly Space Killer, an old-style arcade game inspired by Gru’s girls, where you can try and beat the odds to win a super fluffy stuffed unicorn just like Agnes.

And at Banana Cabana, visitors can flip bananas to earn fun Minion prizes. 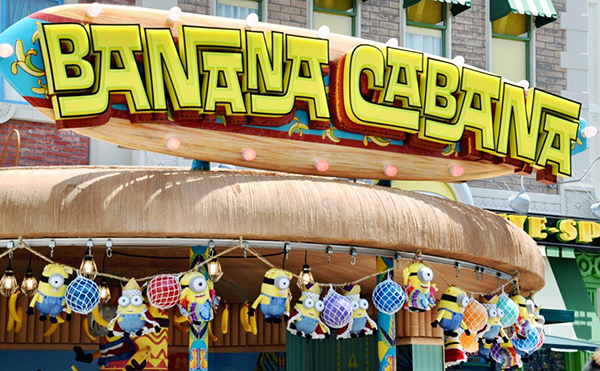 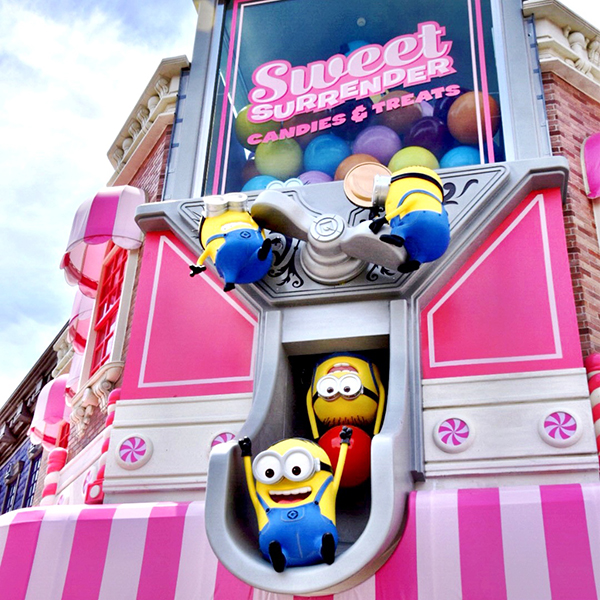 My favourite is the sugary realm of Sweet Surrender, where you’ll find everything from plush or plastic minions and unicorns to Minion-inspired sweet treats. 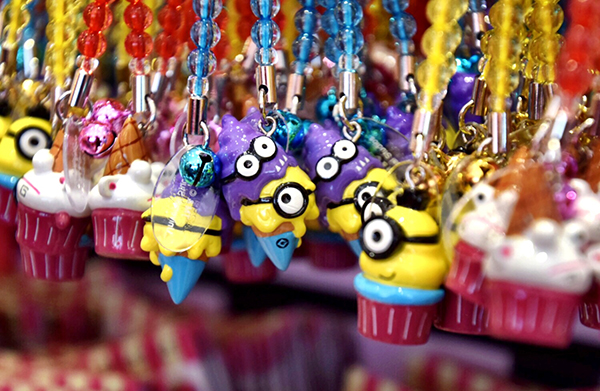 There are also enjoy plenty of opportunities to say “Bello” and snap an outrageous selfie or two with Bob, Stuart and Kevin themselves. 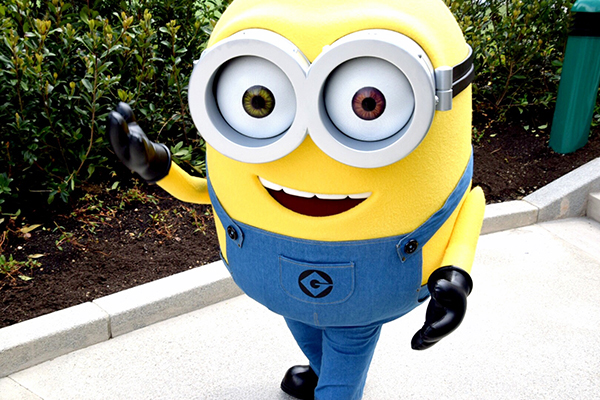 One of the best opportunities for mingling with the Minions is after Hacha-Mecha Time. At the crazy cool show you can get your groove on with the all-singing, all-dancing, all-noisy Minions as they celebrate the park’s opening in typically eccentric Minion style. 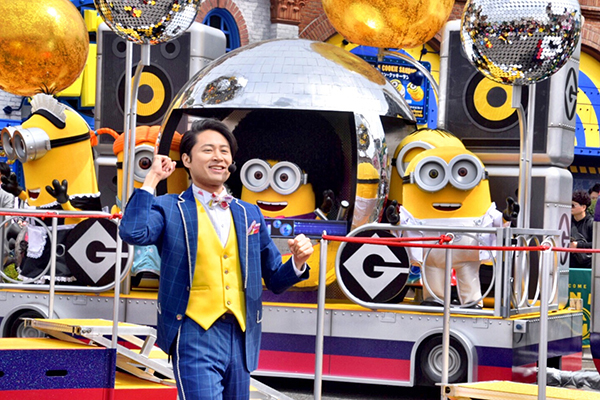 The main attraction at  Minion Park at Universal Studios Japan has to be the new Minion-themed ride “Despicable Me Minion Mayhem” which the kids (and by kids I mean me) will want to ride over and over again. Visitors are recruited to be transformed into an actual Minion before being sent flying through the air and falling back to earth on a twisting, turning, stomach churning and utterly hilarious 3-D ride through Gru’s super-villain laboratory. 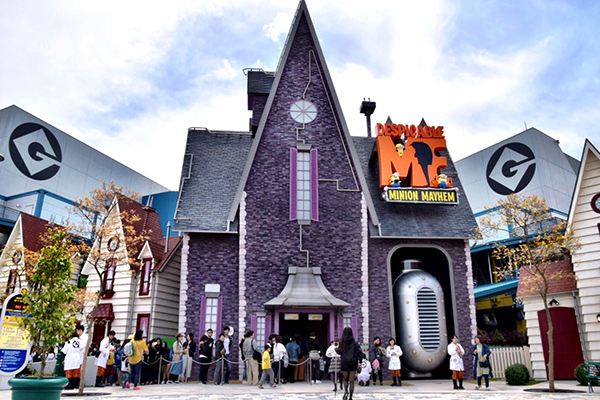 The hyper realistic ride is set in an enormous nano seam dome and is, given its equal measures of giggle and scream inducing chaos, my favourite ride at Universal Studios. It appears to be a lot of other people’s fave too, so queues can get quite long.

I highly recommend getting there early and booking a Universal Express® Pass to help shorten the waiting time, especially if you are visiting with impatient kids in tow. 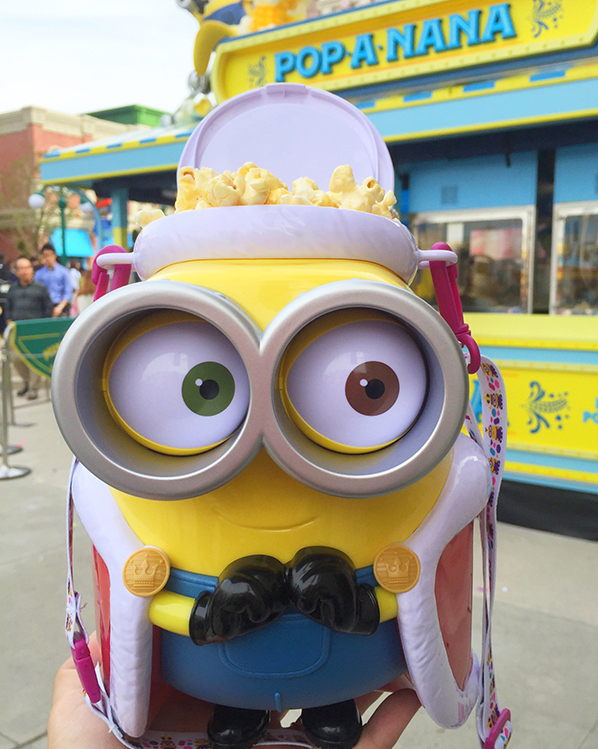 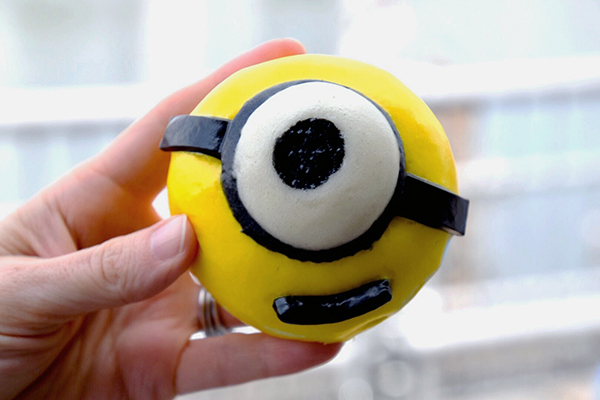 Just remember to pull up a patch of fake grass to eat as it is considered ill mannered to eat on the go in Japan. If you’re really hungry, or feel like table service, you can also head to the Happiness Café to munch on a Minion burger. 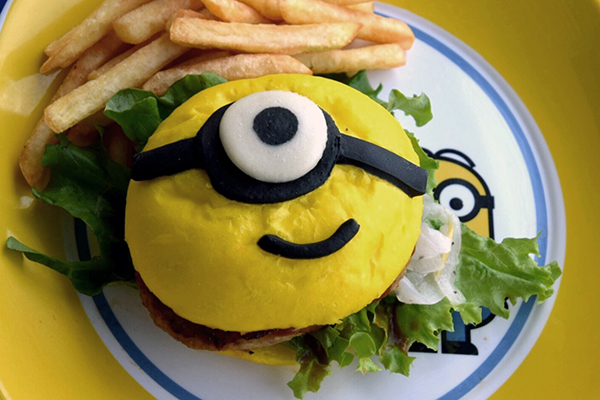 If you’d rather not eat a Minion in the face, there are several other great food options within the other zones of the park, as well as an excellent and varied choice of dining in Universal Citywalk Osaka, located immediately outside the park gates. Here you’ll find popular western chains including TGI Fridays and Hard Rock Café, Italian-style eateries, plus loads of Japanese food including ramen, udon, yakitori, tepanyaki and sushi as well as Osakan specialties, octopus-studded takoyaki and the pancakey loveliness that is okonomiyaki.

Oh! And if you, or your kids, think too much Minion is never enough, I can’t recommend a stay at Hotel Universal Port enough. The hotel, just a few minutes walk from Universal Studios and around 15 minutes by train from Osaka Station, has been taken over by “Minion management” who’ve been busy adding their own colourful touches to the décor – everywhere from the reception to the lifts. 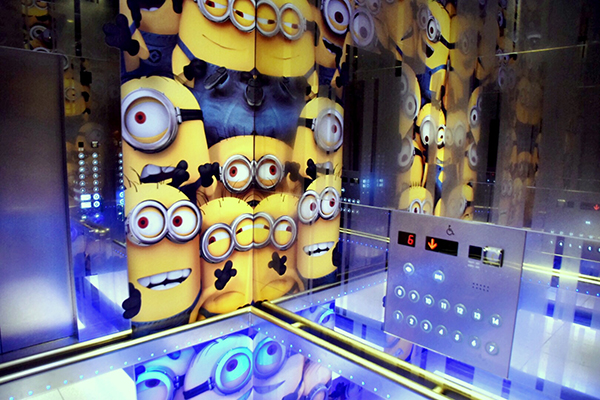 The hotel location is also extremely convenient for early starts as well as for getting tired kids home after an epic day of movie-inspired fun. It’s also the only hotel where you can enjoy a sleepover with the Minions in a choice of crazy themed rooms with missile-shaped beds and alligator couches, or a big bear chair and unicorn sofa, just like the girls’ rooms in Despicable Me. Rooms so outrageous you might even say they were Ba-na-na’s!

Disclosure: My visit to Osaka was supported by Universal Studios Japan, but as always, all opinions, face stuffing, giggling and general silliness, are my own.

22 Comments on And it was all yellow: Minion Park at Universal Studios Japan