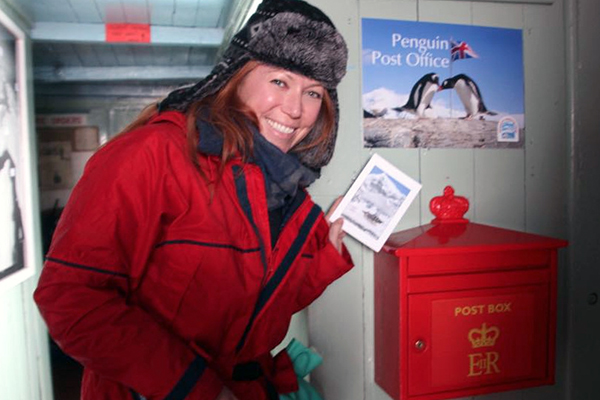 When she’s not exploring far flung locations around the glove, the gorgeous Amanda Woods presents weekly travel segment, Adventures All Around, with Tim Webster on Radio 2UE sharing travel tales and tips on her blog of the same name and hanging out with her cat, Miss Kitty Fantastico.

Having explored more countries than she can remember, Amanda knows a thing or two about travel and she’s found a young fan in Raffles who was dying to chat to her about her adventures around the world.

Lucky for Raffles, Amanda loves a chat as much as he does so its over to them…

I look at your blog with my mama and think you are really cool. When I see your pictures and videos from around the world, I think you’re just like David Attenborough, only pretty. You must travel a lot, how many countries have you been to?
That’s a very good question, and one I no longer know the answer to! At some point I lost count and really should sit down and remember them all properly. But I do know it’s more than the number of birthdays you’ve had and less than the number I’ve had.

You’ve been to loads of places that are on my bucket and spade list. You’ve even seen the Northern Lights which is something I want to see so, so much. Was it amazing?
So amazing! I spent two weeks on a ship in Norway trying to see them and only got to see them properly once because even though I’d done all of my research and chose the best time to go I couldn’t control the clouds. But one night the clouds parted and I saw them and I cried because they were so beautiful. But one thing to know, they don’t look like they do in the pictures. The colours aren’t as bright, but the real magic is the way they move. They dance in the sky. You’re going to love them.
Awesome.

I love spooky things and since mum and I read your story about The Bones Church in the Czech Republic I’ve added it to my bucket list too. How creepy was it there?
Oh, I love the Bones Church! I’ve told so many friends they have to go there. It was a little strange thinking that all of those skulls and bones were from real people, especially when you look at the big chandelier made of every bone in a human body. But on the other hand it’s really beautiful that something was made from graves that were about to be demolished. Another one you should definitely convince your mum to take you to (a very long list I’m sure!).
It sounds so creepy and spooky and I HAVE to go there.

I love to eat. Where do you think is the best place in the world to eat?
Reading your blog I have a feeling it’s anywhere you are!
You can have dinner with me any time.

Mama said you talk to lots of people about travel on the radio. Is it fun?
It is fun. My first job was working in radio as a producer and reporter, and I love the way talk radio feels like a sort of family. I’m lucky that I get the chance to share some of my adventures with our listeners.
I’d love to have a radio show too. But I really want to host my own food and travel show on TV one day. Maybe you could be a guest star.

You went to Antarctica on a ship. Did you get seasick and puke?
Fortunately not, but I was worried before I went! The Drake Passage can be very scary and very rough, so I was really nervous before my trip because it takes two days of crossing the Drake before you get to Antarctica. But we were lucky and it wasn’t too bad at all. There was one morning the ship moved so much I was almost tipped out of bed and had to hold on to stay in, but other than that it was pretty easy going and I was fine. Phew!
I’m glad you didn’t puke but it’s so crazy that you nearly fell out of bed. I’ve been on rocky cruise ships before but not that bad. 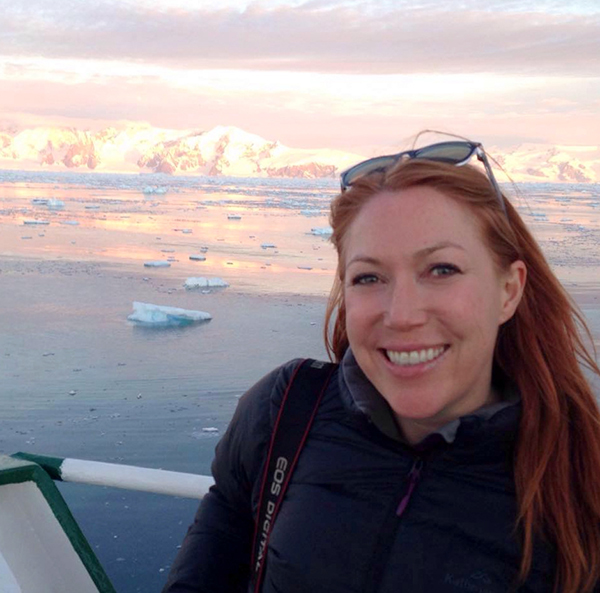 Your videos from Antarctica are EPIC! I keep watching them over and over. What was the coolest (I don’t mean cold I mean awesomest) thing about Antarctica?
Oh thank you! That means so much that you loved them. I was so excited to be there and had fun doing the videos. For me the best thing was the ice. The colours and shapes of the icebergs just blew me away, the glaciers are so beautiful, and I loved seeing all of that pack ice spread out around us. We even put some of the ice from the ocean in our drinks. It makes a really cool crackling and popping noise and takes much longer to melt than normal ice from a freezer.
I did NOT know that. It’s such an interesting fact that I’m going to tell my class at school about it.

What do people eat in Antarctica?
We were lucky on our ship and ate really well. Hot breakfasts, three courses every lunch and dinner, hot chocolate and afternoon teas with yummy cakes. But the explorers and people on bases had it much tougher. We visited some old Antarctic bases and I was really interested to see what they had in their cupboards. One base had a cupboard that was almost entirely filled with oats to make porridge with.

I also found an old cookbook in one of the British Antarctic bases that had a recipe for Seal Brain Omelette. The recipe involved 2 seal brains, 4 penguin eggs, 2 ounces of butter and pepper, salt and mixed herbs. I’m glad they weren’t serving that one on our ship!
Ewwww! That’s sounds so gross. But I’d still probably try it.

What kind of different animals did you see?
Lots of penguins, whales, seals, sea leopards, elephant seals and birds. It was pretty wonderful.

How much did penguin poo smell?
Really, really bad. One day I was with one of our guides trying to find some grass (a rare sight) and we were walking through deep penguin poo and I was almost sick. A horrible smell! But I hope you get to smell it one day because that would mean you’re amongst the penguins and that’s pretty special.
Me too. 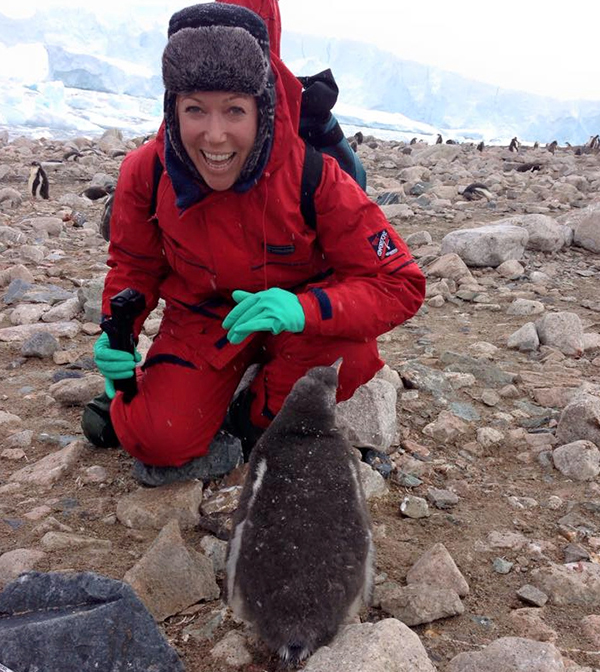 How cold did it actually get?
We were there in the summer so it was usually around 0 degrees, and not too bad at all. I can’t imagine being there in the winter.

How did you keep warm?
Lots of layers and some thermals. On the ship it was nice and warm but when we went out I was very rugged up, and the ship gave us waterproof outer layers to keep us dry from any splashes or snow.

Did you build a snowman?
I didn’t, but I should have! I did write a special word that means a lot to me in the snow, and I did slide down the side of a hill in the snow on my bum. That was fun. Oh, and I saw a penguin carrying a snowball. Maybe he was going to make one?
Or maybe he was having a snowball fight with his friends.

Was it scary being so close to that huge whale?
That was amazing! I had my hand in the water holding my GoPro and no idea the whale was right underneath me until I felt the bubbles it blew out around my hand. I jumped so high! I was actually a little scared that it might accidentally bump our zodiac (the black inflatable boats that we move around in) so I stayed really low and sat on the floor of the boat so I was less likely to fall in the freezing water if something did happen. But the whale knew what it was doing, and it was incredible to be so close to one.
Wow!

Where are you going next?
Sri Lanka. I’ve never been before so I’m really excited. I also love to drink tea and so I think I’m going to be drinking lots of really great cups of tea there.
I’d love to go to Sri Lanka because one of my classmates is from there and she is really nice.

Thank you for answering my questions, you’re awesome.
Thanks for the chat Raffles, this has been loads of fun. I look forward to your next adventure!