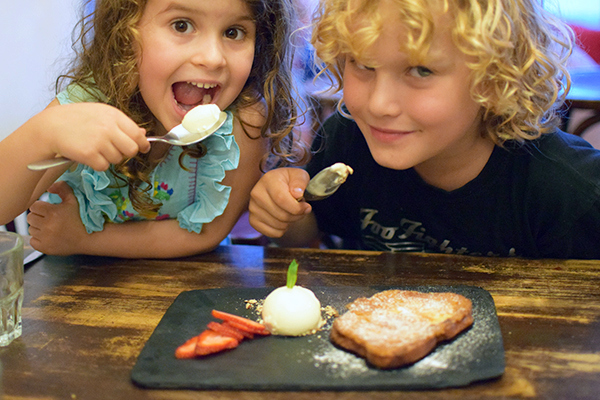 The restaurant is on the beach at Manly, and is so cool. It looks like an old library because there are books everywhere. I love books. Even the menus are pages stapled into old books. There’s a photo of Ernest Hemingway on the wall and a big sculpture of his head. He looked a little serious but I liked his beard. He looked a little like Santa Claus. Mama says he wrote a book about France called A Moveable Feast. Sounds like something I should read… though there’s no such thing as a moveable feast when I’m around because nothing can move as fast as my mouth can eat it.

I was lucky enough to meet the owners Sonia and Emanuel who come from Val Thorens in the French Alps. They are the nicest people. So is the chef, who comes from Germany and was really, really sweet. 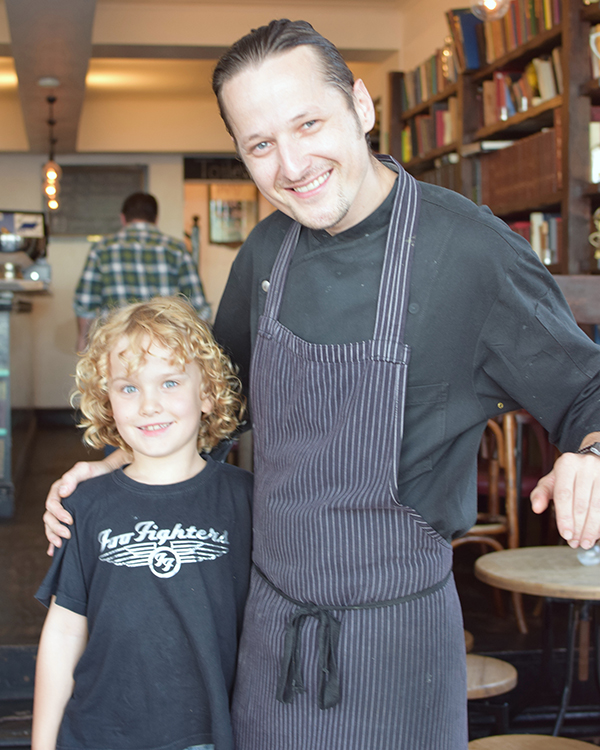 We asked them for their recommendations from the menu and started our French food adventure with a Tarte Flambe. 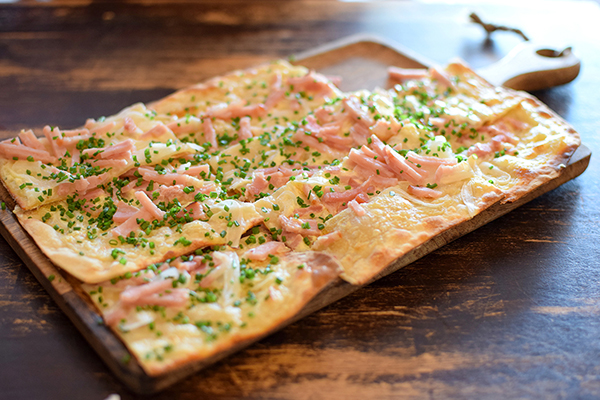 It was really crispy pastry topped with bacon and marinated onion. It looked a little like a pizza but it was so much lighter and tastier. Even my little sister, who can be a bit fussy, couldn’t get enough of it.

Then came a cheese board with three types of cheese. Oh yeah!!! There was a triple cream Brie which I want to marry, a firm and super tasty Comte, and some Fourme d’Ambert which is a blue cheese and one of France’s oldest types. 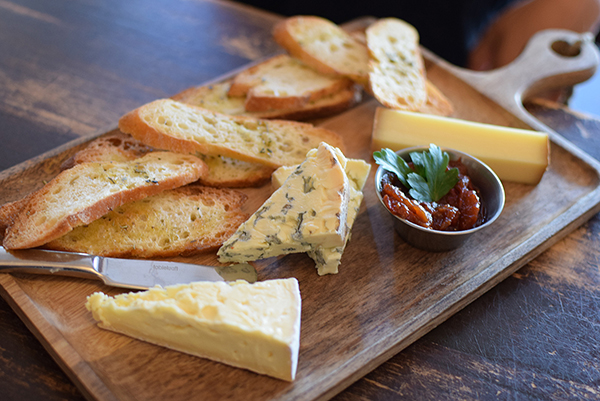 The only problem I had with the cheese platter was that I had to share it with everyone else. No fair. Next time I’m hiding under the table with it so I can eat the lot.

Some sautéed spice squid and a quinoa salad topped with big blobs of marinated goats curd came next. YUM. 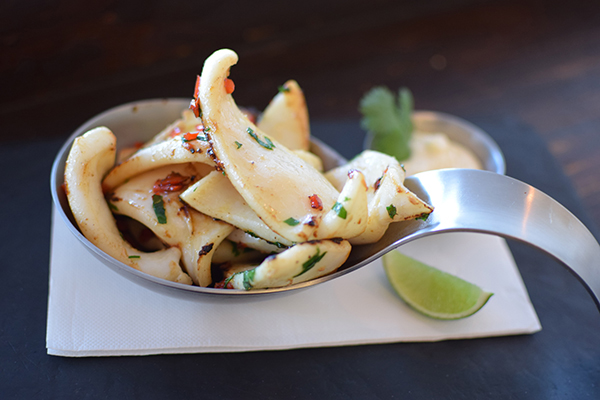 Mum and dad certainly seemed to be enjoying the different French wines that Emanuel offered them with each course as well. We were stuck with lemonade. Hmmm…

Things got really French with our main courses.

I had the steak frite with garlic and herb butter. It was medium rare, just the way I like it, and epically delicious. 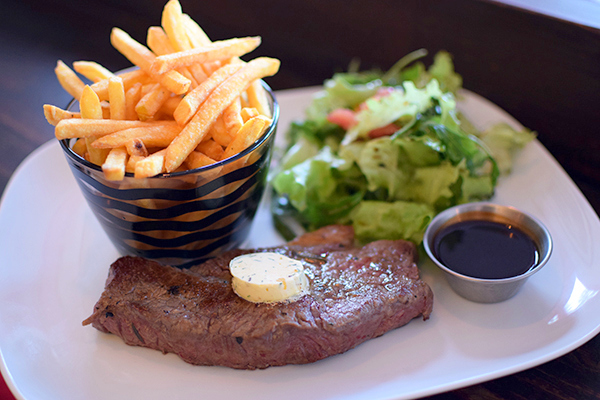 Dad ordered Moule Marinieres, which were plump and full of flavour. 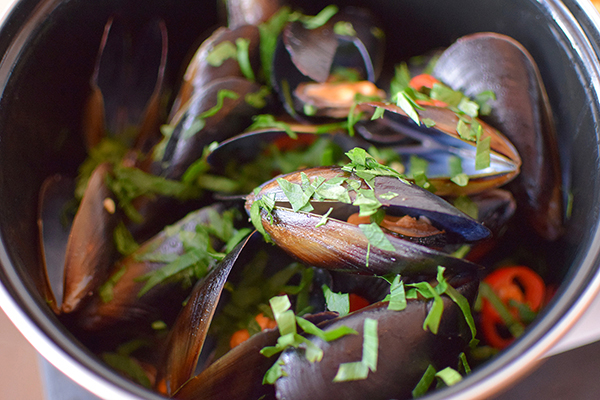 Mama went for the Steak Tartare. Whoah! Steak Tartare is basically a big stack of raw meat. It is very French and so, so, so tasty. Hemingway’s Steak Tartare is made to a traditional family recipe. The steak is finely chopped and seasoned and mixed together with raw egg. 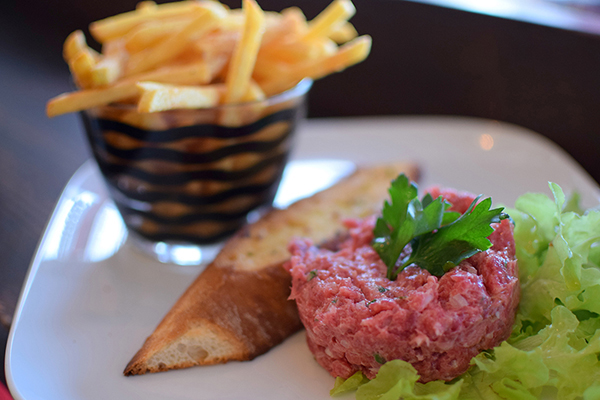 Obviously something with so many raw ingredients is not for everyone but it is definitely for me… sadly for my mama, who barely got any once I got a taste. Emanuel and Sonia say it is their favourite dish on the menu. It may be mine too.

For dessert we shared a Pain Perdu, which means “lost bread” In French. 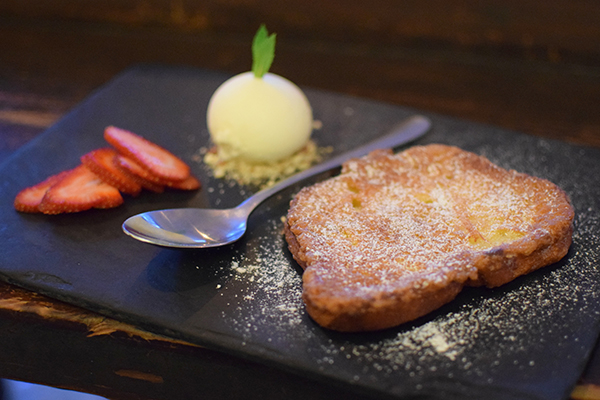 Sonia told us how her grandmother used to make it with week old stale bread cooked with milk and egg and says that a good Pain Perdu still take her back to her childhood. The yummy Pain Perdu at Hemingway’s Manly isn’t stale old read and is made with Brioche and coated with sugar and cinnamon and served with ice cream and strawberries.

You can see for yourself how much we liked it. 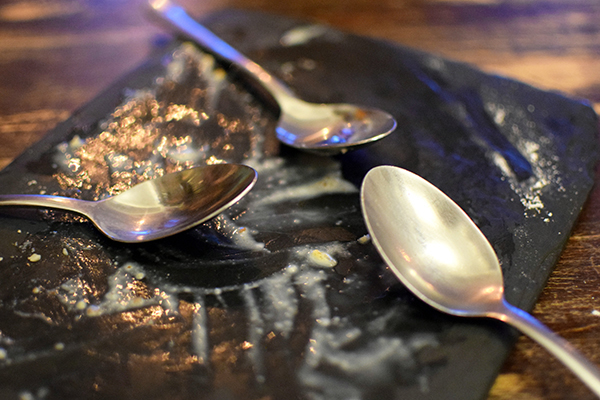 Sonia and Emanuel also run restaurants in Val Thorens. It’s really snowy there so their menu is packed full of drippy oozy fondues (which you know I love) and yummy Raclette. They’re going to introduce these at their Manly restaurant in winter. I’m not sure I can wait that long so I’m just going to have to pack my skis and head to the French Alps.

Note: Raffles was a guest of Hemingway’s Manly.