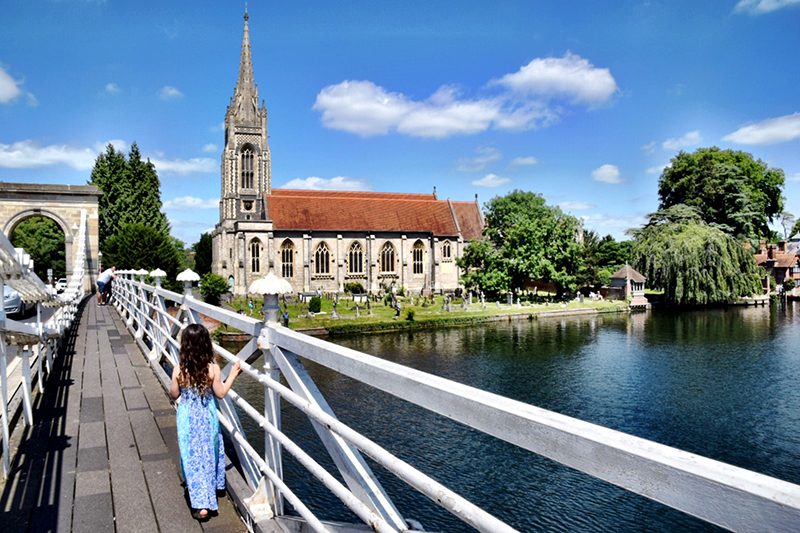 There was no way we could come all the way to Old Blighty without taking a day trip from London to Marlow, a town on the Thames that also happens to be our daughter’s namesake. And darned if it isn’t as full of character and charm as she is.

Located between Windsor and Henley on Thames on the River Thames, Marlow is an ancient Saxon market town liberally strewn with pretty old buildings and a surplus of gorgeous ye olde worldy pubs, all of which serve perfectly alcoholic alcohol. One is even said to have been the preferred watering hole of one Richard Turpin, a rather nasty excuse for a highwayman who, as his name suggests, was a bit of a Dick. 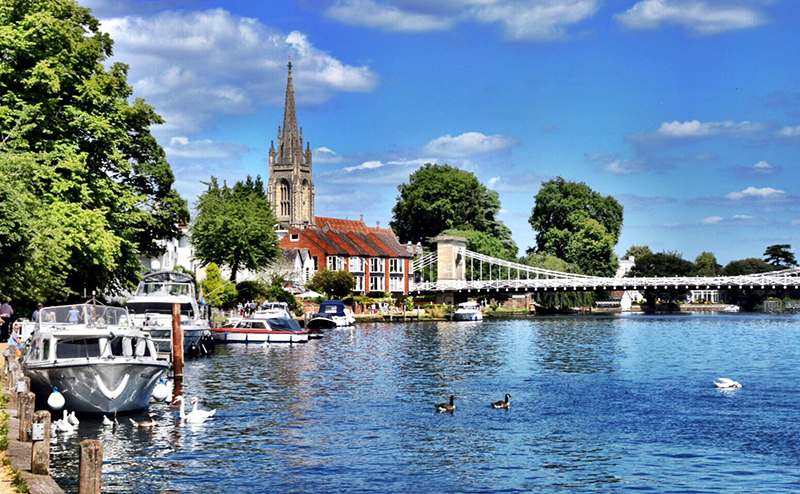 Add a picture-perfect river that curls through hills, past meadows, woodlands and gaggles of swans, plus a centuries old lock and a historic suspension bridge overlooking All Saints Church, a pretty stone confection on the riverside, and the result is one of Britain’s loveliest villages 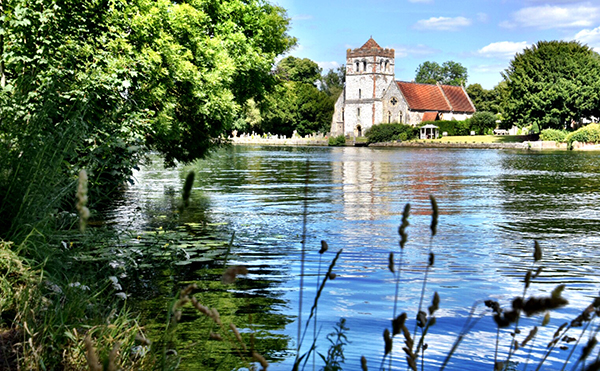 The place is stupidly pretty, but beyond its looks, and its delightfully gin-filled pubs, the town also packs a literary punch that adds much appeal to this scribe. 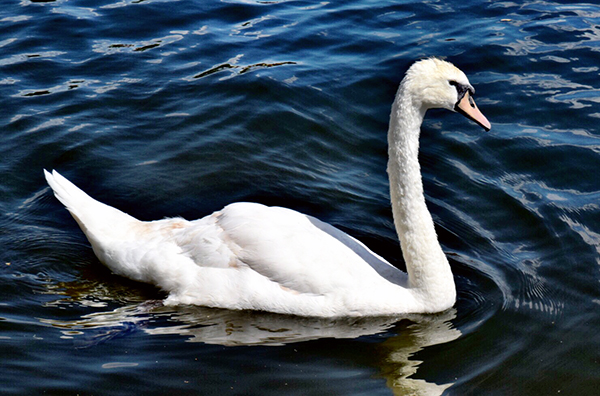 Along with T. S. Eliot and convention defying poet, Percy Shelley, it is the town where Mary Shelley made monsters. Well at least it was the place she finished writing Frankenstein, though that sounds far less dramatic.

The Shelley connection in my daughter’s namesake town is one I enjoy as, just like Dr. Frankenstein’s creation, she (and her brother) are the progeny of a writer and were created in a lab using one part chemistry and one part alchemy. Though in the case of my lovely wee monsters, the magic happened in an embryonic cocktail shaker at an IVF clinic as opposed to on a slab covered in random body parts. I’m also happy to report that their skin tends not to rock such a nasty hue and, though they have managed to acquire a stitch or too due to their rambunctious ways, are both devoid of neck bolts. But I digress. 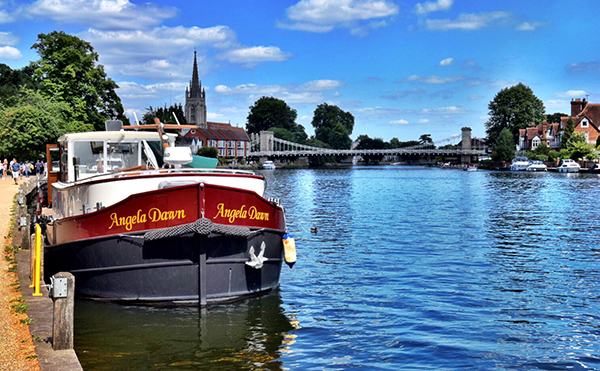 It is not the town’s prettiness, the river dotted with boats, the pubs, historic buildings, literary connections, monsters or even it’s name that has drawn us here today. It is family and friendship. By pure chance, Marlow happens to be located just 15 minutes in either direction from the kids’ adored Uncle and Aunty, and my and Raff’s respective BFFs, who we’re joining here. In fact, there’s so much love dotted throughout Buckinghamshire for our family, I’d be tempted to move here. Except… winter. And stodgy British food. 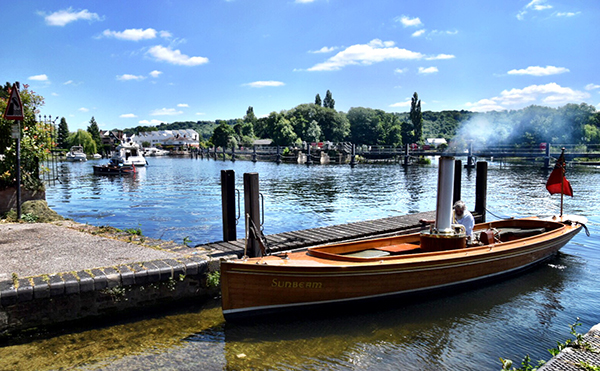 In fairness, good food isn’t really in short supply in Marlow, with a proliferation of excellent restaurants, cafes and pubs including an acclaimed two-Michelin-starred pub, The Hand & Flowers, and Maliks, an upmarket tandoori restaurant that is said to be a favourite of Chef Heston Blumenthal, another former Marlow resident. Both sound great, but today is about connections, not consumption. For once. 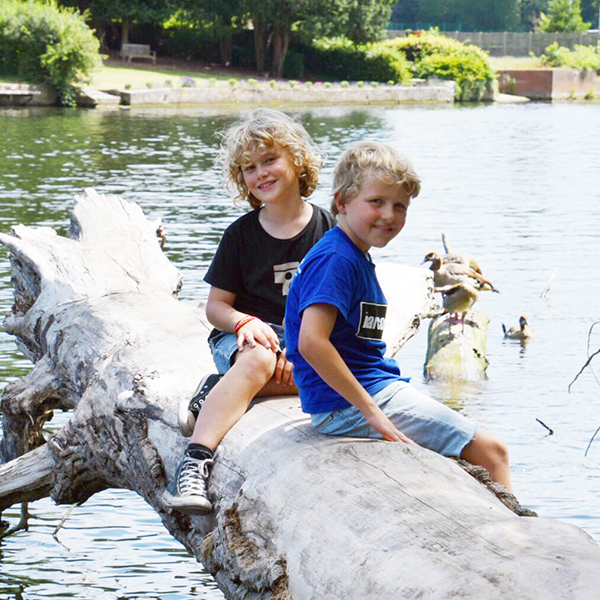 Raffles and his BFF are catching up for the first time in three years. These two first rolled their way into each other’s hearts at just a few months of age, barreling over other babies to reach each other in their quest to work mayhem and mischief together. The dynamic duo’s passion for ratbaggery and each other remained relatively steadfast until kindergarten when Raff’s other half moved to the UK.

His mum conveniently happens to be one of my own BFFs. Indeed, I would go as far as to say she is the Patsy to my Edina. 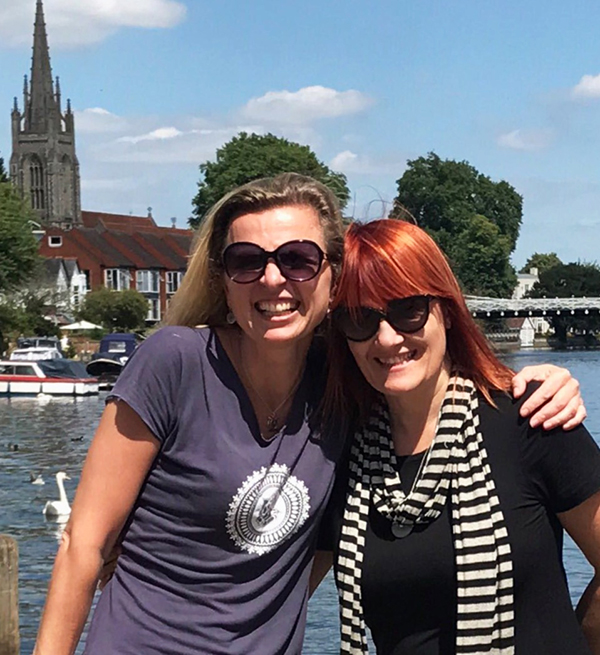 But we were both a little nervous that after such a stretch (a lifetime in their young worlds), the boys’ connection might be gone.

But we needn’t have worried. We stop for a curry and a couple of bevvies at The George & Dragon, an inviting pub near the bridge, the boys gibbering away between mouthfuls and catching up on the last few years as if they were a nanosecond, all their old BFF magic seemingly intact.

We work off our lunch galloping along the dreamy pastel-hued Thames, the kids devouring soft serves. 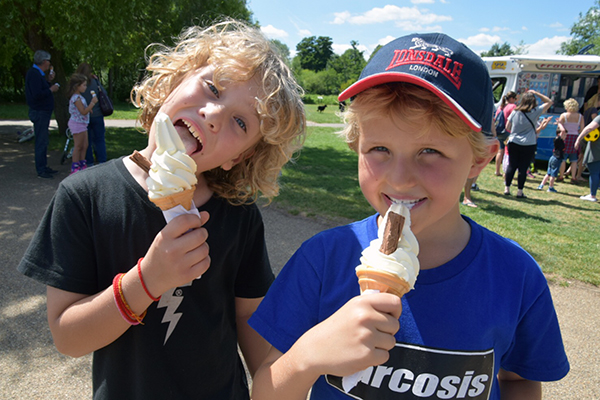 They clamber over fallen trees and chatter away happily, oblivious to pretty much all but each other, and their small curly-haired shadow. 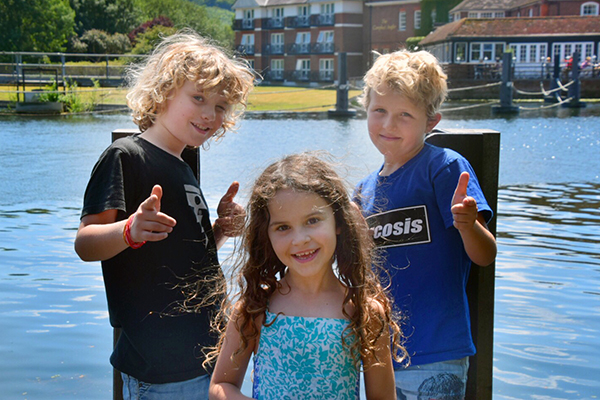 We end our international playdate  in Higginson Park, a sprawling green riverside space shaded by pretty weeping willows and home to a carousel and an awesome playground. 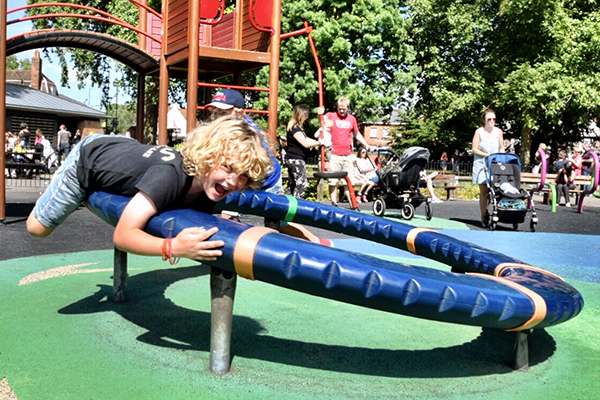 The boys race to the top of an epic rope climbing tower before heading for the bouncy inflatables. Together they are in their happy place, and with caffeinated delights for us to enjoy while the kids do their thing, so are we.

3 Comments on Great Britain: Making memories in Marlow with kids