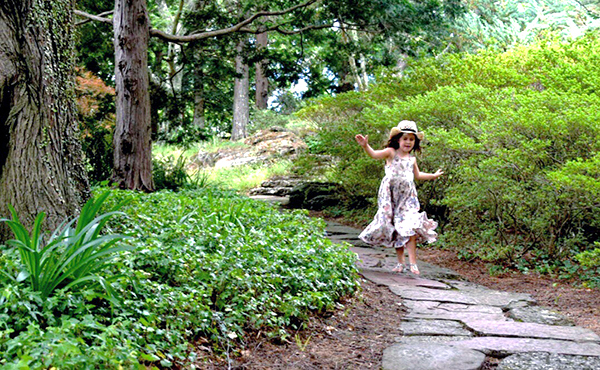 Raffles and Sugarpuff, whilst incredibly curious and eager explorers, are also children of the digital age. And while I love a nice old garden, I’m almost certain they’ll be bored out of their minds, and the whining that will ensue will in turn make me lose mine. But I’m not one to miss an opportunity to explore one of Australia’s best, so I bravely delve through the gates of Leura’s Everglades Historic House and Gardens with kids in tow and my fingers firmly crossed.

And bugger me, the kids not only remain completely whine-free and interested for the duration, but appear to actively enjoy themselves. 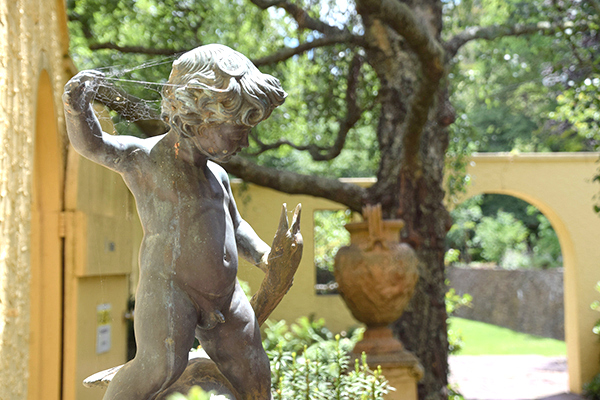 It seems I underestimated my tech-obsessed offspring because as soon as they begin the stroll down a winding trail between ironstone walls under shadow of towering pin oaks and redwoods, Everglades Gardens has them wrapped around its lush green fingers. 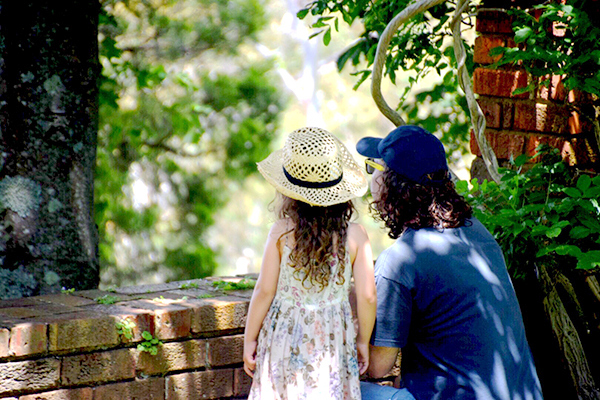 Constructed in the 1930s, the sprawling landscaped European-style garden collides with the surrounding native Australian bush and breathtaking views over the Jamison Valley. 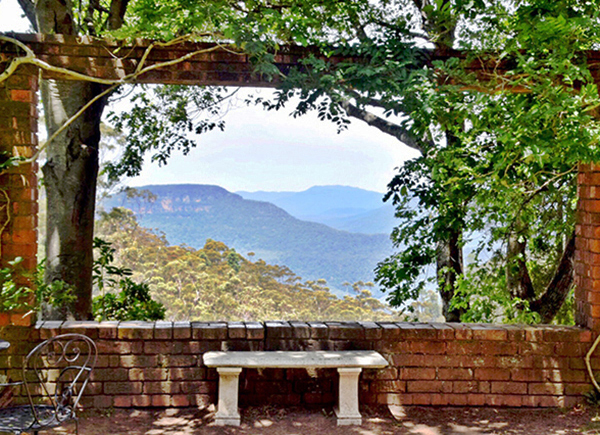 The result is an enchanting world of grassy slopes, tall trees, pretty blooms and colourful shrubs dotted with enchanting sculptures that fire up my kids already overworked imaginations. 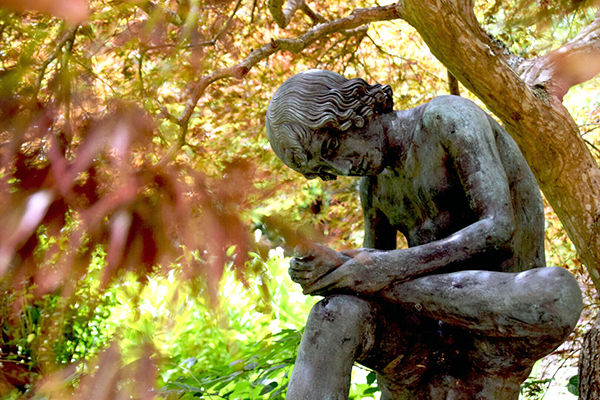 In fact, so important does Everglades Gardens count their littlest visitors, they have created a dedicated program, My Adventure at Everglades, to help kids aged 3-6 to become interactive with their surrounds, teach them about heritage conservation and raise a new generation of history and nature lovers. And it is done in such a fun way that they’ll never even realise they’re being taught. 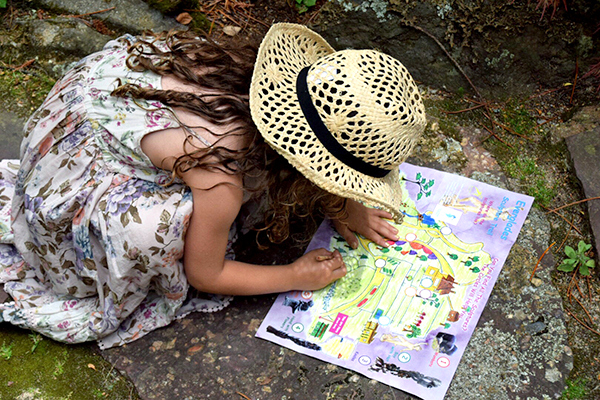 The children’s kit, designed in conjunction with education specialists, comes with a workbook, magnifying glass, sculpture trail and Everglades garden detective worksheets, plus coloured pencils to complete the activities throughout the garden.

The bag of educational treats works its magic almost immediately on Sugarpuff who is on a mission to twirl and whirl her way through the garden’s enchanting outdoor “rooms” until she finds every last one of the artworks hidden along the Sculpture Trail. 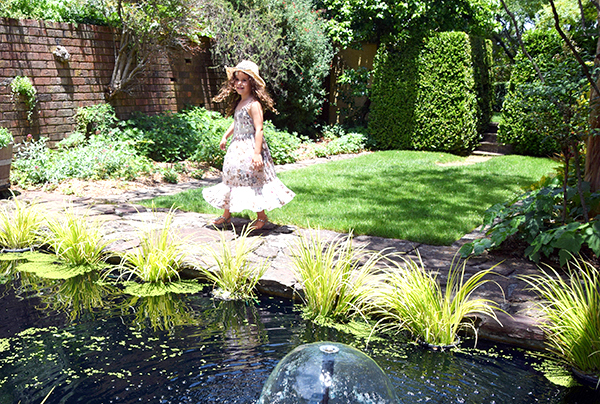 She takes extra care to observe insects busy doing their work, picks up fallen leaves and studies the colours of nature, so she can note it all down in her workbook later. 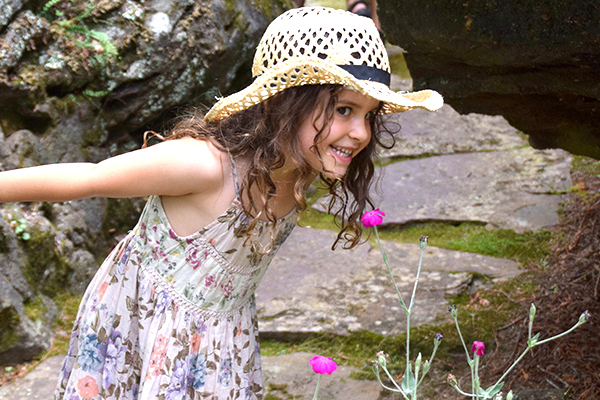 Raffles is all about enjoying the space, spotting all the fantastic beasts carved out in all the garden’s magical nooks and curious crannies, performing dodgy cartwheels on great green expanses of grass and playing hide and seek behind the hedges. 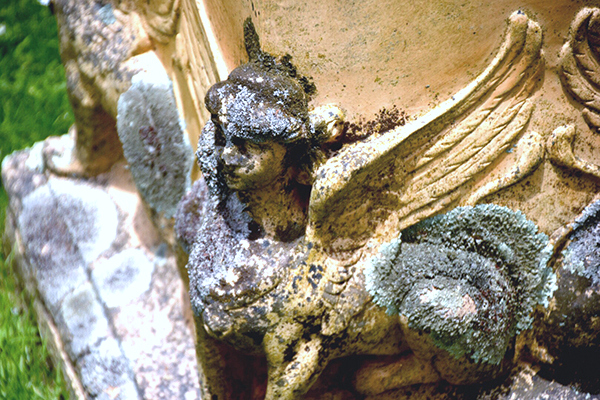 And he amuses himself getting to know some of the gardens permanent inhabitants, like The Wrestler who he challenges to a fight … 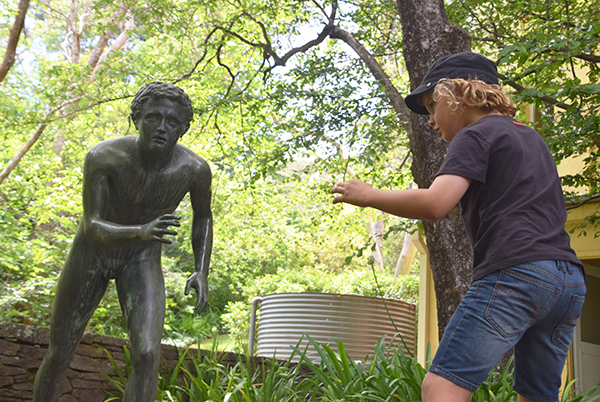 But they kiss and make up. 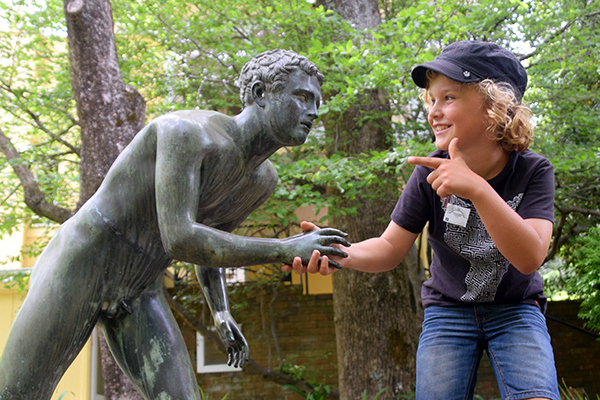 And given that to my dramatic son the world is quite literally a stage, he happily flounces and faffs about in front of the sandstone backdrop of the Garden Theatre Stage. 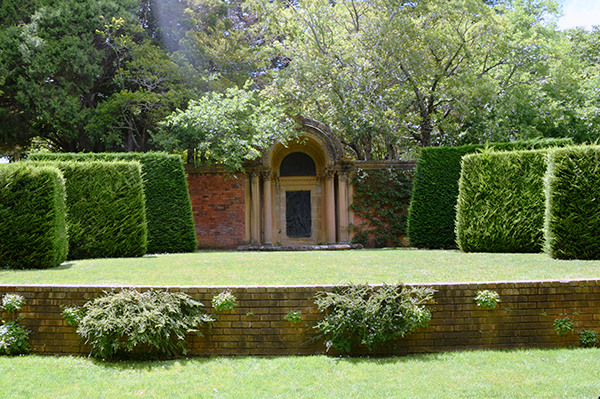 Flanked by tall hedges clipped to form its wings, he and Sugarpuff leap in and out dancing, singing, holding stick swords aloft, and generally behaving like a pair of loons. Later in January, the team from acclaimed theatre group, Sport for Jove, will replace my two on the stage with their Summer Shakespeare Season, something I can almost guarantee will be more entertaining than watching this pair of muppets carrying on.

Once they finish making a spectacle of themselves, we meander down the hills past streams, colourful shrubs and over wooden bridges. 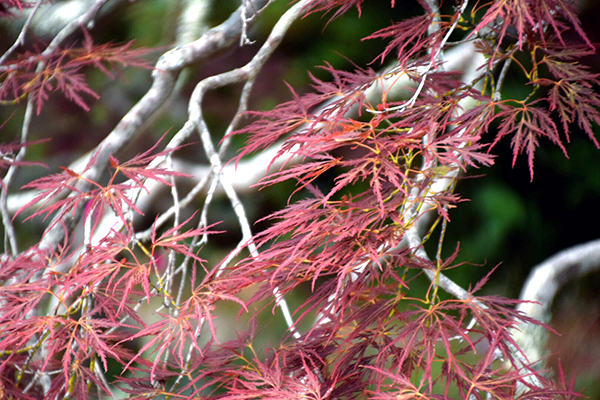 When reach the Grotto Pool, located at the base of a pretty waterfall, the kids find themselves enjoying a moment or two of Zen-like contemplation 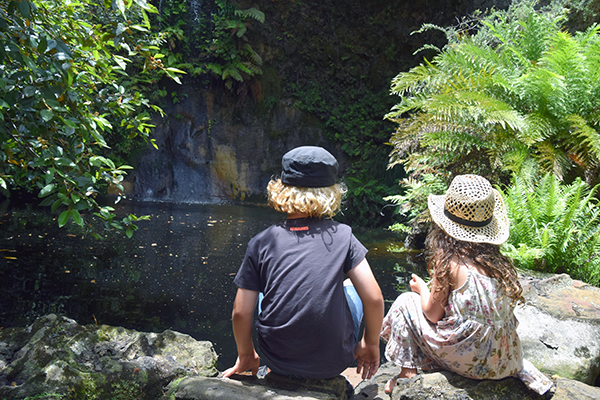 But it is short-lived and we are soon back in search of the final piece of the sculpture trail, which is conveniently located in the stunningly preserved art deco house that centres the property. 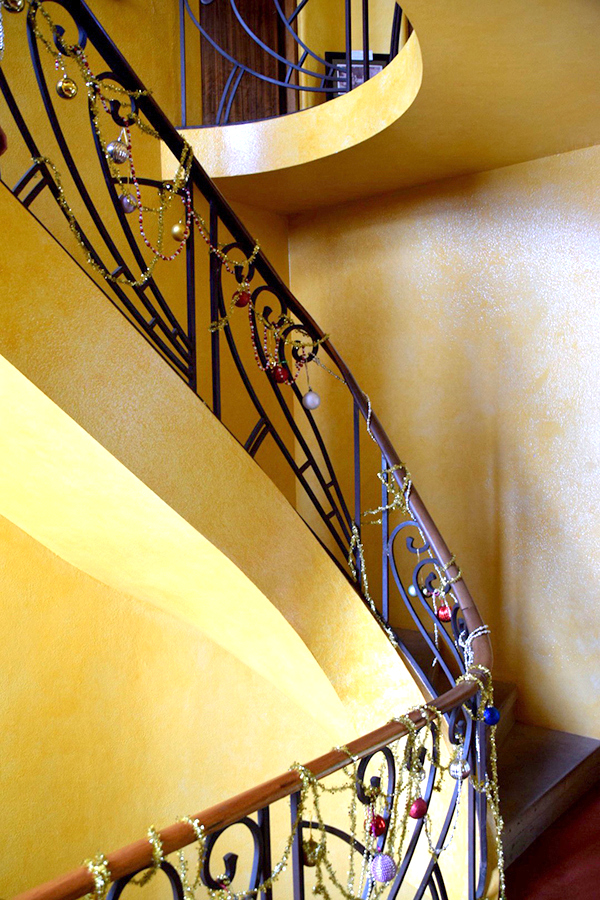 The house also conveniently houses a tearoom where Sugarpuff only stops gobbling the fresh scones swimming under lashings of jam and cream to draw pictures of newly discovered insects and leaves, and busily update her workbook. 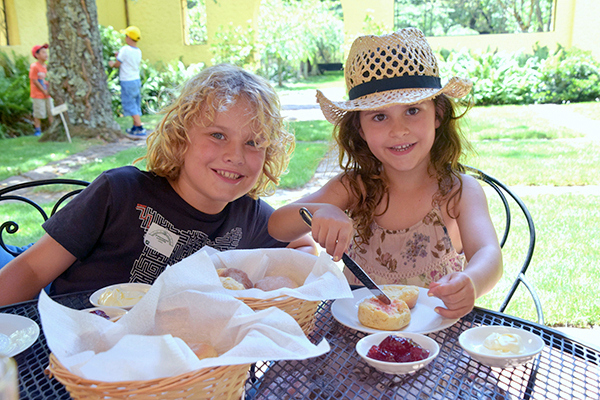 Disclosure: BoyEatsWorld were guests of Everglades Historic House and Gardens, however all frolicking, flouncing and opinions are our own.