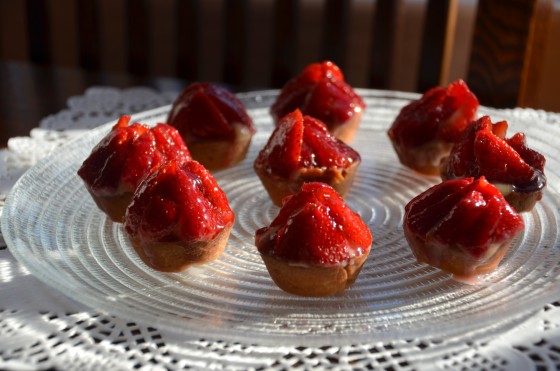 “Raffles, take your sister out of the chicken coop, now!” is one of those phrases that, as an urban parent, I never thought I’d utter. But utter it I did. Well, if I’m being honest, it was less uttering and more screaming it in my shrillest and most irritating mummy voice.

You know the one, we’ve all got it! It’s a parental necessity. Mine is so bad it even annoys me but wow, that screech does the trick… and in this case ensured little Sugarpuff was released from her cage to once more roam free-range. But as usual, I digress. In a stroke of luck for my apartment dwelling kids some fabulous friends, newly returned to Sydney after a long stint of living in Asia, not only brought back with them two extremely gorgeous children that mine have respectively fallen in love with… they’ve also installed a gaggle of lovely laying hens in their backyard. Bonus! Kind of.

The kiddies certainly love the chickies! And their mother loves (in theory) the educational aspects of exposing Raffles and Sugarpuff to such wonderfully clever and productive creatures. And given these particular little chook’s spectacular, and quite colourful, egg laying prowess, Raffles has indeed learned a thing or two about where eggs come from. 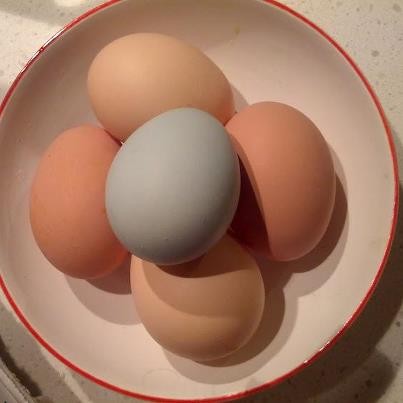 Sugarpuff on the other hand is as oblivious to the wonders of chickenkind as one would expect a toddler to be, but has learned to do an impressive chicken impersonation, hence her aforementioned nesting in their coup.

Sadly, this new found knowledge of all things fowl has in turn created a small, though I’m sure surmountable, problem. “Mama, I’m never eating eggs again! Never, ever, ever, ever! They come out of bottoms. Like poo!” Son, I cannot tell a lie. It is true. Eggs do in fact come out of a chicken’s bottom. Raffles is horrified.

Epic learning fail!! How the hell does one make a small boy once more eat what to him is effectively chicken crap?

I try. I extol the virtues of the humble egg. He doesn’t care. I explain that the shell protects the parts we eat from any excrement. Not buying it. I remind him of his deep love for soft boiled eggs with toast soldiers and bacon and egg rolls.

Not budging. Desperate, I bring out the big sugar laden guns and explain that without eggs there would be no cakes, ice-cream or any of the other treat foods he’s rarely allowed to eat but loves, like most small boys, with the intensity of a thousand burning suns.

This mention of cake has piqued his interest, but he is still resisting. I need to rid my little gastronome of this fowl phobia and fast. I usually find the easiest way to win Raffles over is through his stomach and I can’t thin of a tastier attack than via some tarting around in the kicthen.

Strawberry tarts not only require a good number of eggs but I know he will be powerless to resist their custardy goodness! And it works, together we roll pastry. Raffles whisks and stirs the crème pâtissière filling letting me know when it’s getting “harder” (ie: thicker) while I make an enormous song and dance about the eggs part of the equation, washing the egg shells (with soap, at his insistence) and teaching him how to crack them, ensuring that he sees for himself that there isn’t a hint of chicken dung involved.

I chop the strawberries and together we build little castles of custard and fruit and then glaze them with a paintbrush dipped in melted jam. One of those mucky jobs Raffles loves.

And then we eat… the eggs and their poopy passage to existence all forgotten. “Mama, I love eggs”. Score! Mum – 1, Chickens – 0! Never underestimate the power of a tart.

2 Comments on A fowl phobia + a recipe for Strawberry Tarts