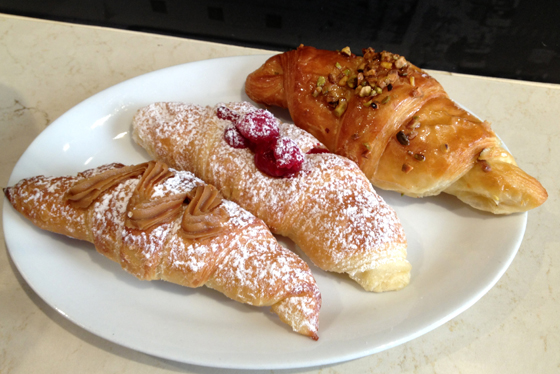 Mum and I were talking about Argentina, because they’re in the World Cup finals and some of our friends had been talking about it. Well screaming and jumping and down about really. I wanted to know what people ate in Argentina and instead of explaining it to me mum decided to let me have a little taste.

We caught a train to the city and ended up at Dulce Luna Viennoiserie, the littlest place I have ever eaten at. So little that I want to give it a little review. The mostly sell Dulce Luna which are moon shaped pastries, Mum says that in Argentina people eat them for breakfast with coffee. I’m too young for coffee so mum and I shared a Dulce de Leche Submarino, which is yummy hot chocolate with a big chunk of chocolate on the side. I got the chocolate. Awesome!

I had a Raspberry Dulce Luna which was a bit like a sweet croissant but softer, like bread. It was so, so good I wanted another. Mum wouldn’t let me so I just stole most her Dulce De Leche Dulce Luna and Pistachio Dulce Luna.

I was still hungry so we got some empanadas as well. The Spinach and Ricotta flavour was pretty good but the Spanish Chorizo one rocked. 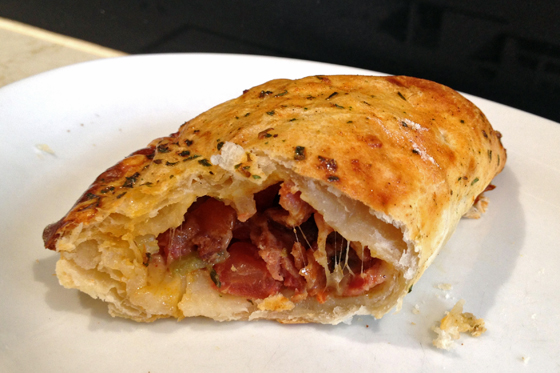 I loved it so much I made mum get another one to take away to have later for lunch… except it smelled too good so I ate it straight away. Whoops! 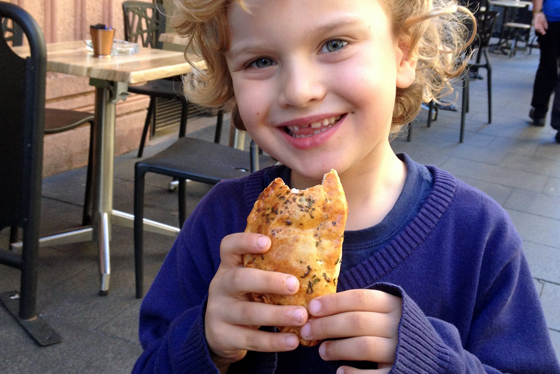 You should go there. It’s the best.