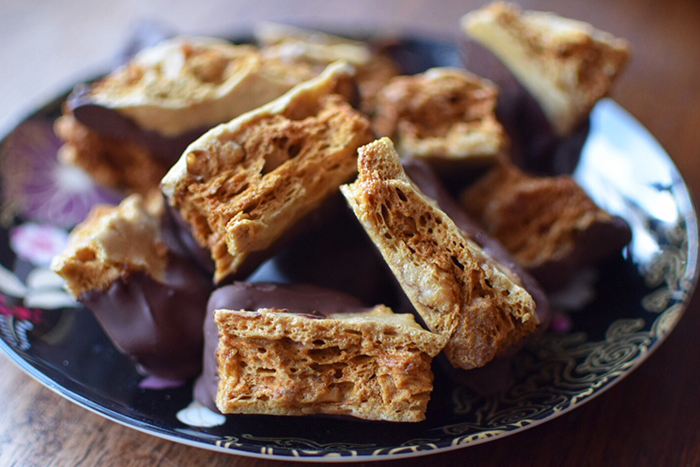 We’re raving fans of Dunedin and its impressive food scene. We’ve lavished praise on its scones and soufflés, extolled the virtues of its bagels and bombe Alaska and written sonnets of salivating praise on everything from its dumplings to its degustation dining. But sometimes in our excitement we forget the obvious and inescapable, and in this case, that is that Dunedinites, and Kiwis in general, appear to have a national fixation with Hokey Pokey (AKA honeycomb).

From straight up slabs to chunks of the stuff smashed into biscuits, chocolate and desserts to hokey-pokey infused ice cream, which Kiwis are said to gobble down two million litres  of a year, the sweet stuff is everywhere.  And Raffles and Sugarpuff want a piece of the Hokey Pokey action.

So being the soft touch that I am (and kind of wanting some myself) I acquiesced. 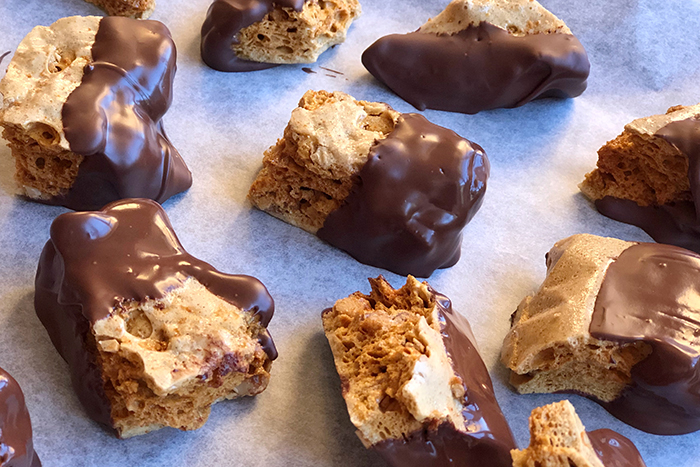 But further inspired by our favourite Dunedin flavours, I decided to whip up a walnut–infused version, horrifying my honeycomb purist husband… at least until he tasted it. 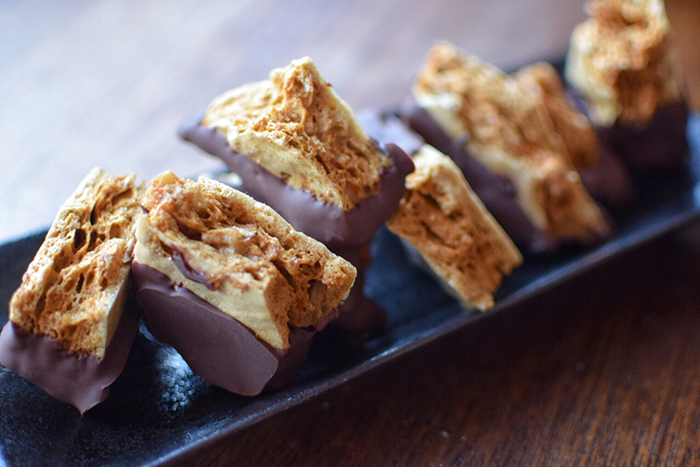 Turns out my Choc Walnut Hokey Pokey is his new fave thing. In fact, he and the kids have already got me whipping up my fifth batch, so I must be on to something! Here’s the recipe. 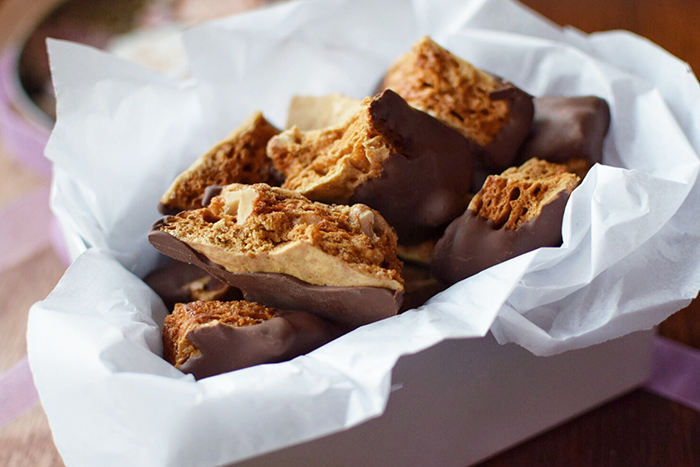