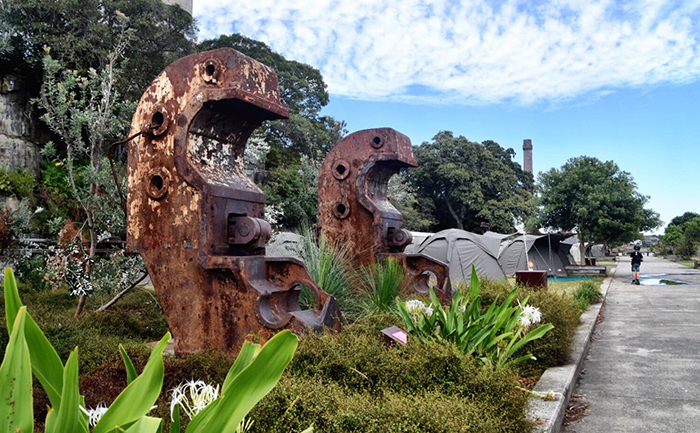 Sydney Harbour’s largest island is one of the city’s most intriguing and architecturally important sites, cloaked in mystery and history. For almost 200 years, the only way you could visit was if you were transported there in manacles, or you were brandishing a resume packed with industrial skills.

But now, visiting one of our crew’s favourite sites is as simple as taking a short ferry ride to its sparkling location at the junction of the Parramatta and Lane Cove Rivers.

Cockatoo Island – One foot in the past

Australia’s answer to Alcatraz, sun drenched Cockatoo Island been through many incarnations.  It served as a former imperial prison, an industrial school, a reformatory and a gaol, as well as the site of one of Australia’s biggest shipyards during the twentieth century. 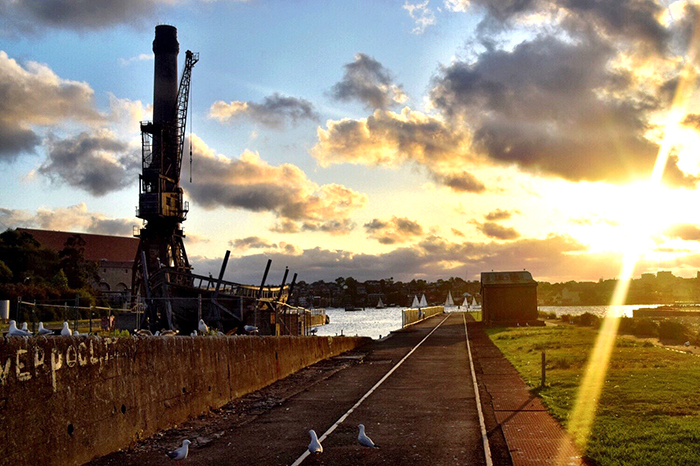 In the early 1800’s, convicts quarried stone for projects around the colony including their own prison barracks, the granary silos and official residences on the island. Conditions were dire, with prisoners stuffed into cells like battery hens, with rats and snakes for extra company. If a prisoner felt like a little “me time”, it could be granted to those convicts that were naughty enough to score a trip to an airless underground punishment cell, or to be tied to a rock on a rocky outcrop. 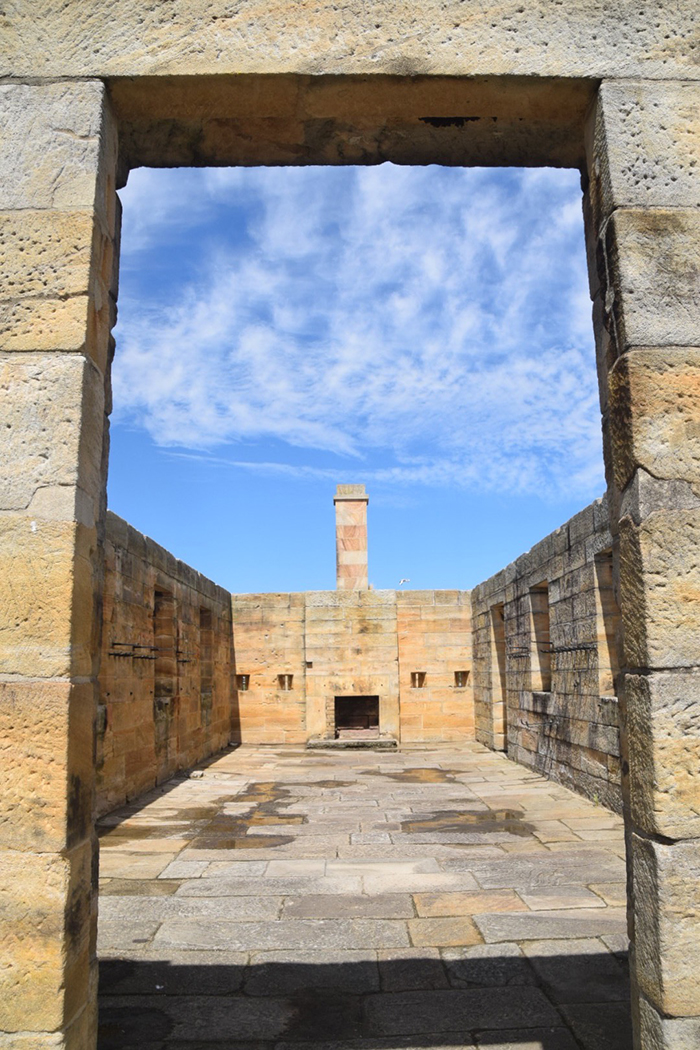 Despite the conditions, the shark-infested waters surrounding the island proved an effective deterrent against escape. One of the few prisoners that did succeed in beating the sharks was Fred Ward, who reinvented himself as Captain Thunderbolt, the “gentleman bushranger”, who spent the next few years robbing mailmen, travellers, inns, stores and stations before getting shot!

When the rest of the prisoners were transferred to Darlinghurst Gaol, the island became an industrial school and reformatory for girls, where orphaned and neglected girls were housed with petty criminals in appalling conditions.

Eventually, the island was taken over by the Royal Navy, converted into one of Australia’s biggest shipyards and became the main ship repair facility in the southwest Pacific during World War II. 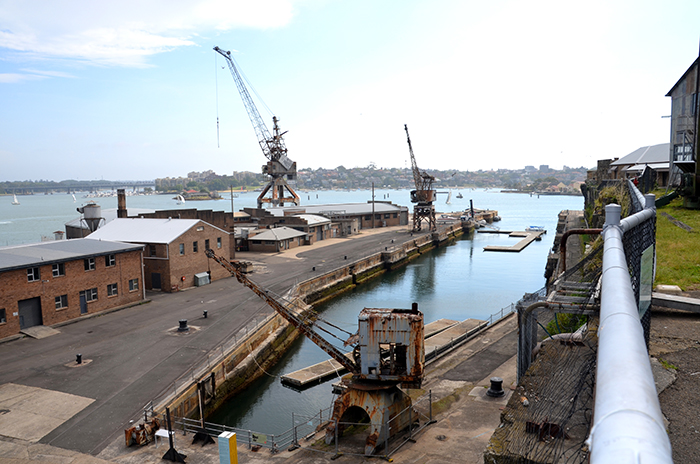 The island has retained many remnants of its industrial and convict past with well-preserved sandstone buildings, old workshops, sandstone slipways, giant rusting cranes, silos and chimneys – not only lending it a somewhat eerie atmosphere but earning it a UNESCO World Heritage listing. 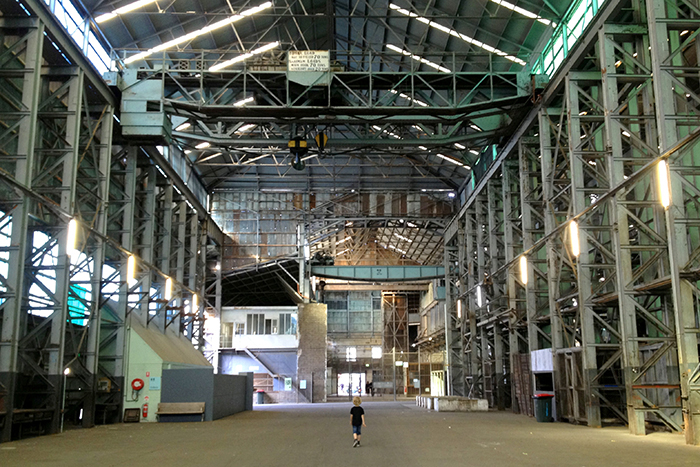 Cockatoo Island – One foot in the future

In more recent years Cockatoo Island has opened its doors to the public, and is looking to the future while keeping one foot firmly rooted in its past. In doing so Cockatoo island has reinvented itself from a place that was once grim and grimy, into a holiday hot spot boasting the world’s first urban waterfront campground, accommodation in heritage houses, and luxury, bespoke suites crafted out of repurposed shipping containers right by the water’s edge at the island’s Bolt Wharf. It has also become the city’s most spectacular canvas for creative and cultural events, including the renowned Biennale of Sydney. 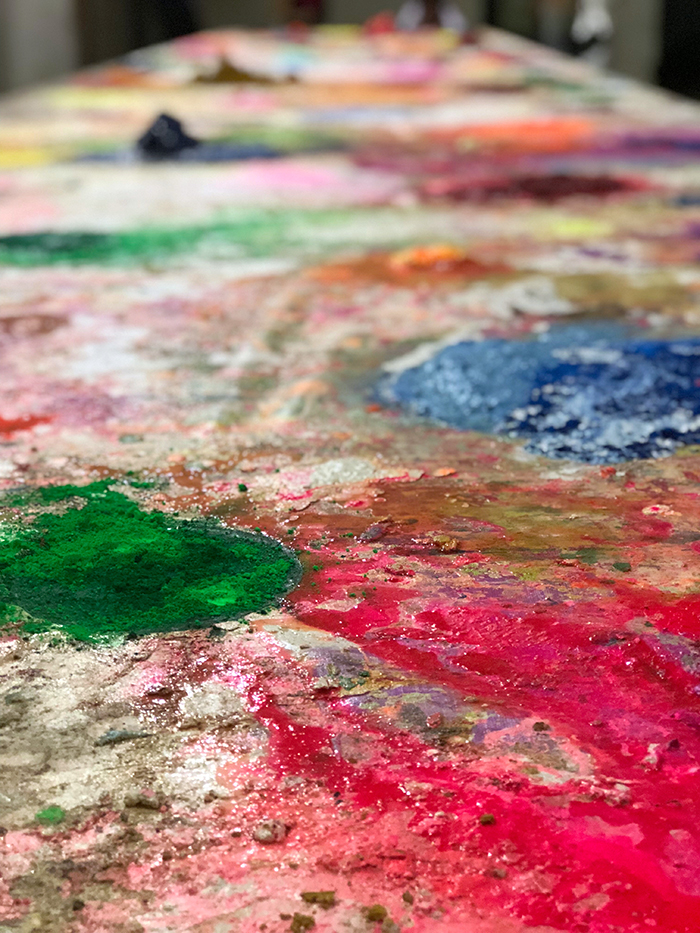 But it is on Cockatoo Island where the contemporary artworks and the island’s historic UNESCO World-Heritage-listed architecture collide with stunning force. It’s a serendipitous fit with the Biennale’s concept of showcasing how opposing interpretations can come together in a state of ‘equilibrium and engagement’ and 20 artists will present works that echo the history of the island with themes of movement, migration, production and participation. And like the island itself, many of these artworks will continue to evolve, at least for the duration of the Biennale. 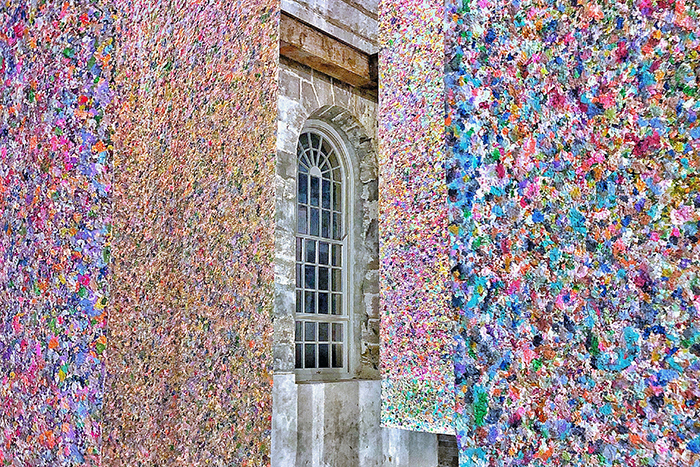 The highlight of the Biennale’s Cockatoo Island artwork this year is Ai Weiwei’s mammoth artwork, Law of the Journey. The 60-metre-long lifeboat, made from the same rubber as refugee vessels crossing the Aegean, and packed with 250 oversized, faceless figures is an extraordinary piece that demonstrates Ai Weiwei’s advocacy for social justice and human rights. 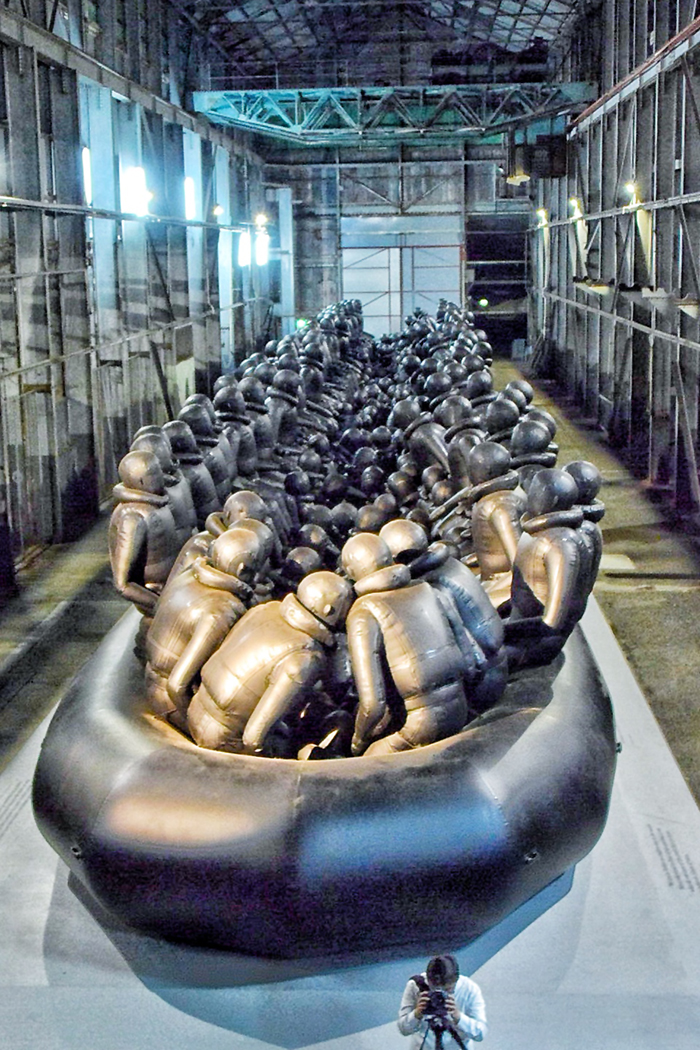 But mostly my experience of this year’s Biennale at Cockatoo Island reminds me of how much I love the way art enlivens spaces and influences how we perceive and respond to environments. The Biennale’s principal partner, TWT Property Group obviously agrees, with a future forward approach of embedding art into their architectural projects to breathe new life into areas and enrich local communities. They also offer a series of rewards for their property owners and investors via TWT THE CLUB, with style and design consultations as well as access to exclusive events like this incredible private tour of the Biennale.

Disclosure: This post is written in collaboration with TWT Property Group. However, as always, all art loving, history buffing and opinion making is my own.

1 Comment on Art and architecture collide on Cockatoo Island, Sydney