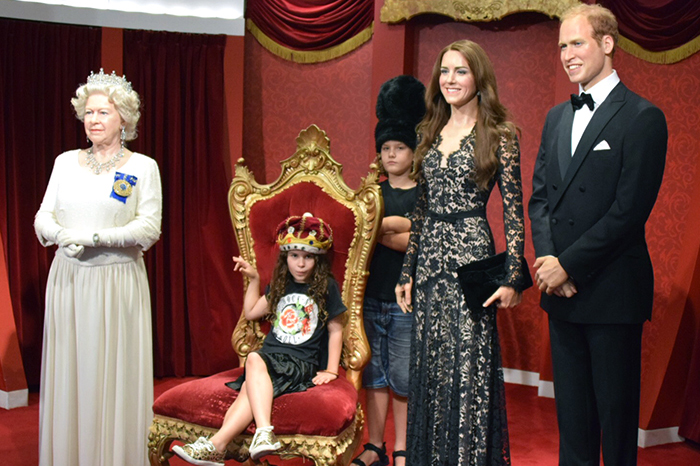 If you dream of sharing the stage with rock stars, walking the red-carpet arm in arm with your favourite Hollywood hunks, challenging your sporting heroes, or getting face time with the world’s most powerful politicians, Madame Tussauds Sydney is the place to sing, chat up, race, debate and cuddle up with your favourite A-listers.

In fact, with so many legendary residents, awesome interactive experiences and changing exhibits, Madame Tussauds Sydney with kids proves a hit every time.

Raffles is particularly keen on the History and World Leaders Zone. 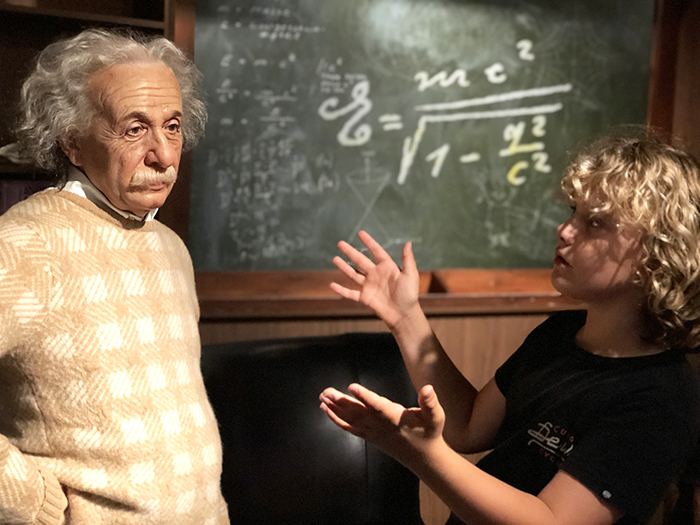 If he’s not discussing the theory of relatively with Albert Einstein, you’re likely to find him waxing philosophic, if you’ll pardon the pun, with Global icons Nelson Mandela, Ghandi and the Dalai Lama. 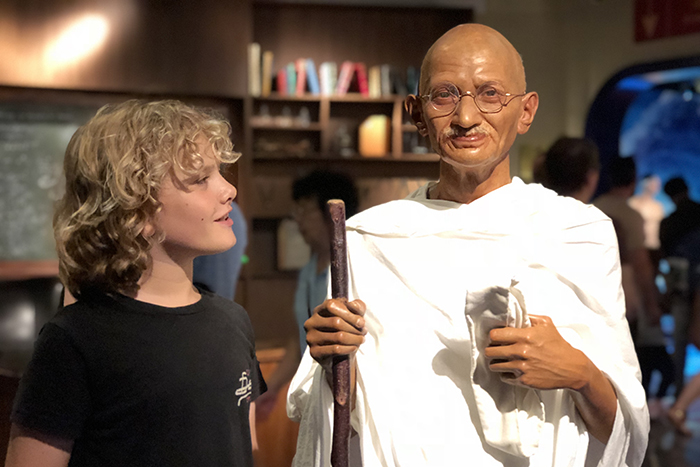 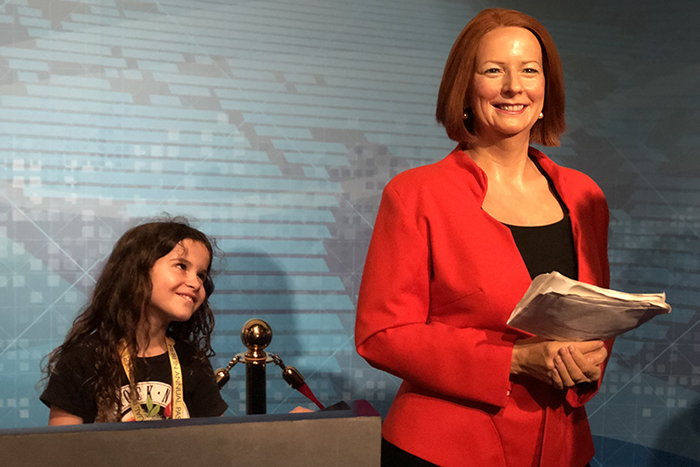 She’s also pretty keen on the Hollywood zone where she rubs shoulders with Hollywood royalty from Angelina Jolie, who I swear Maleficent fan Sugarpuff was hitting up for adoption, to Leonardo DiCaprio.

But these big-name icons are just are just the wax tip of the celebrity iceberg at the interactive attraction, with just as many of the residents being legendary Australians who’ve have shaped and entertained our country, from Captain Cook to Kylie.

One of the things that keeps Raffles and Sugarpuff coming back to Madame Tussauds Sydney time and time again is that it is extremely hands on, allowing them to get up close and personal with the stars by providing props, activities and photo stations throughout. They can catch a wave with Layne Beachley, play cricket with Don Bradman, or take a leap with Olympic Hurdler Sally Pearson, while Cathy Freeman and Ian Thorpe look on. 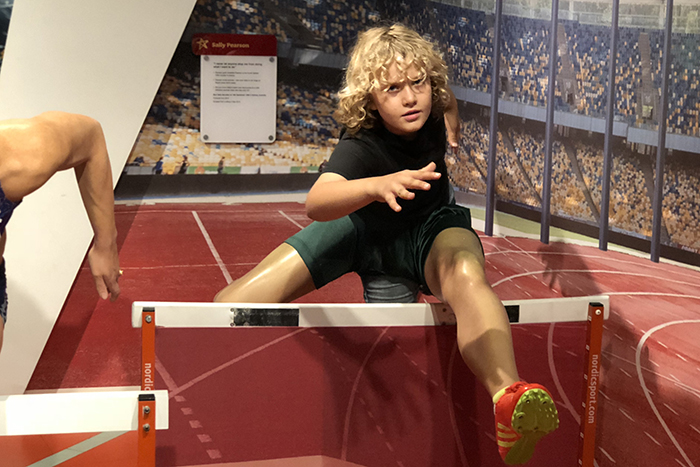 Or they can Quiz Eddie Mabo on Aboriginal rights, don feathers with fabulous Guy Pierce, as Felicia from ‘The Adventures of Priscilla, Queen of the Desert’ or get on their bikes with ET.

There’s a fashion zone and catwalk complete with supermodels Miranda, Elle and… a duck faced Raffles. 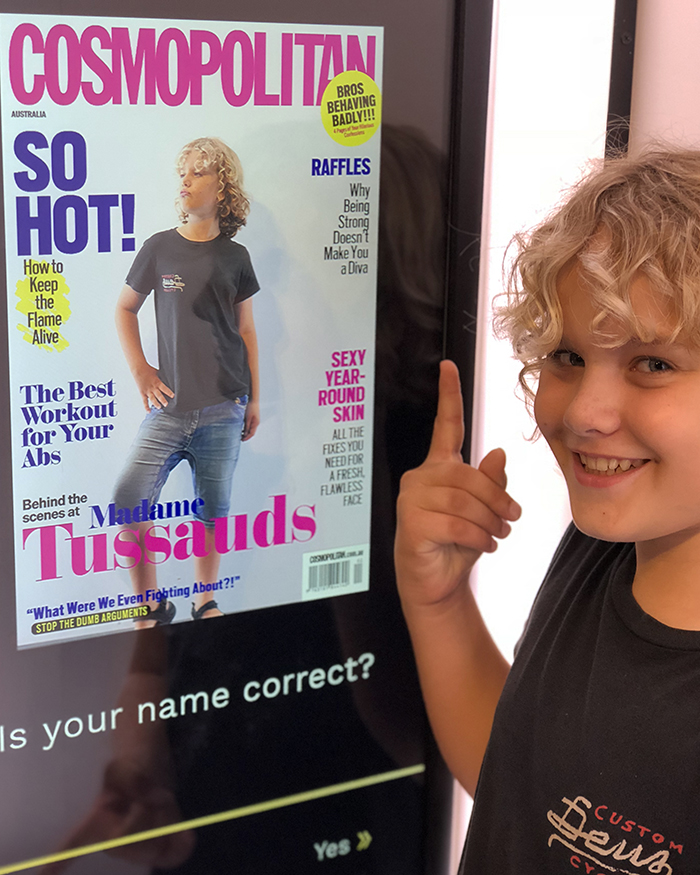 If you’re like Sugarpuff, you’ll want to take to the stage with Adele and shake it off with Taylor. Raffles’ musical tastes run to more towards raucous, so he’ll more likely be rocking with Jimmy Barnes, Keith Urban and the late Michael Hutchence.

And for a bigger slice of the rock star action, the kids like to grab the mic and lay down a track in one of the MTV Music Zone recording booths, or moonwalk (badly) with Michael Jackson on the dance floor.

Once they’re warmed up, they’re ready to take things to the next level with Superhero training in the truly marvellous Marvel zone, one of the most popular zones at Madame Tussauds Sydney with kids. 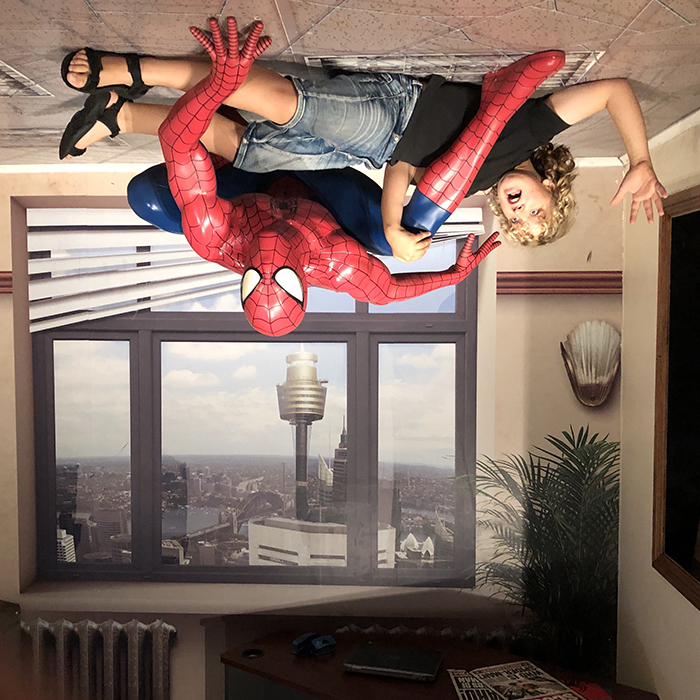 Both the kids line up to try on Iron Man’s suit for size.

My littlest super hero in training  is eager to suit up and feel the girl power of the amazing Captain Marvel in Madame Tussauds Sydney’s newest AR experience. And there’s never not a good time for her to sharpen her claws and compare manicures with Wolverine. Raffles? Well, he’s a climber and prefers to dangle decorously from the ceiling with Spidey. 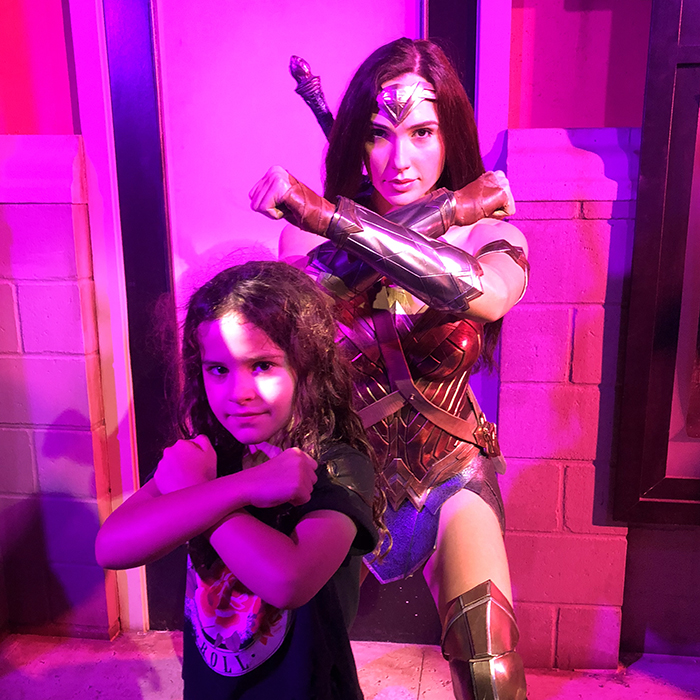 Batman broods! Even under duress. 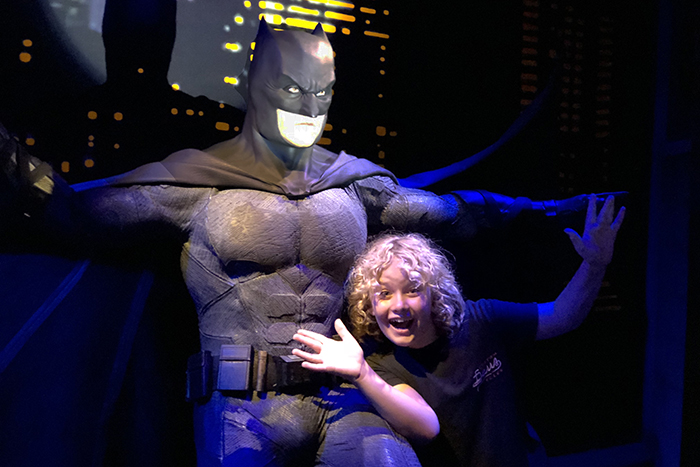 And Superman is well, super, thanks for asking!

But it is Aquaman who makes the biggest splash with mega fan Raffles, who loves the trident tossing super fish. Just quietly his mother is quite happy to get an eye full of the big guy too. 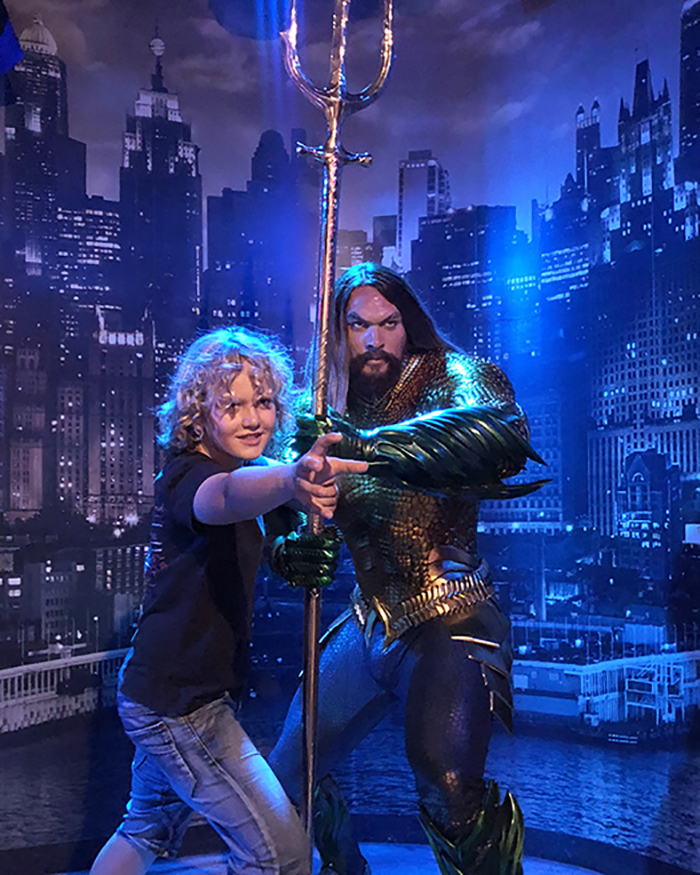 The exhibits, new and old, are nothing short of incredible. It takes 60 artists around 800 hours to create just one of the life like figures from beginning to end. The hair, inserted strand by strand, takes weeks to create using real human hair, and there are days dedicated just to getting teeth painted the exact right shade.

Then there’s the hours put in by a special team who do daily retouching, grooming and wardrobe repairs to keep the exhibits red carpet ready. Some of the more swoon inducing and heavily fondled figures – I’m looking at you Chris Hemsworth and Ryan Gosling – also enjoy regular off the floor makeovers to keep them fresh and ready for their next stolen kiss.

Madame Tussauds Sydney is located at Aquarium Wharf, Darling Harbour and is open daily from 10am-4pm.