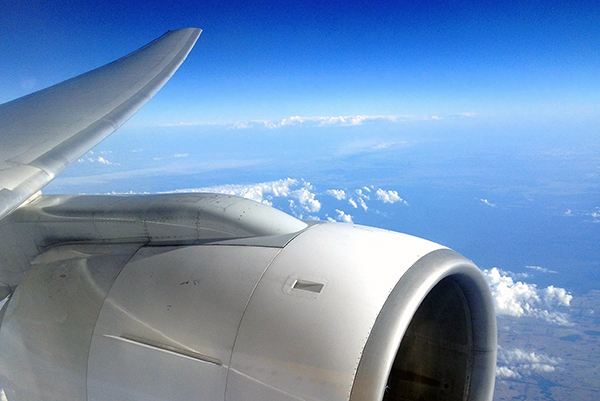 Some might say it is odd that I chose a career in travel given that I am as afraid of flying as I am of Donald Trump’s comb over and that weird cheese that comes in a can.

But it’s not actually flying that terrifies me, it’s crashing. Something I think is reasonable given there’s no bigger downer on a holiday than dying horribly in a flaming ball of twisted steel. Add chronic claustrophobia to the equation and for me flying is right up there with skinning myself and frolicking in a salt mine.

Before you start to judge me for my neuroses, I’d like to point out that I’m not really scared of much else. I love heights, adore a boat and am so unafraid of spiders that I’ve eaten them. I’m also fascinated by sharks and would happily cuddle up to the most slithery snake… as long as its not on a plane.

And you know, when it comes to being afraid of flying, I’m in pretty darn salubrious company. It is estimated that around 25 per cent of people suffer from a fear of flying to varying degrees, and you may find it surprising that there are a staggeringly high number of professional travel writers, clocking up hundreds of thousands of air miles every year while being card carrying aviaphobes. And there are, and have been, stacks of celebrity aeronautical scaredy cats too including Jennifer Aniston, Ben Affleck, Elvis and Muhammad Ali.

Jeez, even William Shatner is afraid of flying, and he was Captain freakin’ Kirk!

I know that flying is one of the safest modes of transport and that, statistically speaking, I’d have to fly every day for an average of 123,000 years before being in a fatal air crash. But logic isn’t the issue. I mean how logical is the person who tried to convince me that walking over hot coals at one of those motivational boot camps would cure my fear of flying? With hundreds of flights under my belt, I can assure you I’ve yet to board a plane that has burning hot coals in the aisle.

Look, I know that I’m statistically more likely to die of food poisoning but you know what else I know? Reason doesn’t always conquer fear.

People who cite statistics and facts, as condescendingly as possible, only serve to wind up the already jittery aviaphobe further. We’re not uneducated and have usually spent many anxiety-filled hours on Google researching exactly how safe it is.

2. We’re not adverse to a little liquid courage

You may not know that travel insurance doesn’t cover you from the searing death stares you’ll get from anxious flyers who just want you to stop talking to them like they’re morons. Seriously if you’re not offering to shout us a stiff drink in the airport lounge or hurrying the flight attendant along to fetch us a bottle of something alcoholic. Just. Shut. Your. Trap.

3. We’ve heard it all before

If we had a dollar for every time someone told us that we have more chance of dying in a car crash, we’d all own our private jets to panic in.

As far as phobias go, a fear of flying isn’t really all that irrational. I mean you’re sitting in a flying tube, thousands of feet above the ground, without a net. I just dropped my iPhone from a height of two feet and the frigging thing splintered into a thousand pieces. You do the math.

People who board flights with a phobia of flying are actually incredibly brave. My mate Nelson Mandela once said “The brave man is not he who does not feel afraid, but he who conquers that fear.”