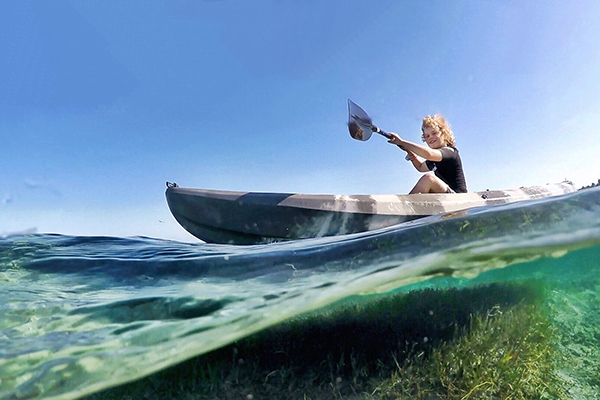 When mum sat down to put together a list of her favourite Family Travel Instagram Accounts, we kind of got in to an argument. I mean, she was picking some cool accounts with lots of photos of pretty places and cute kids wearing pretty dresses, and there’s nothing wrong with that, but she missed so many I would have chosen. So I decided to put together my own list of 44 cool kid travellers you should be following on Instagram.

You see, what people may not know about our Instagram account is that, like our blog, my mum and I do it together because I am the “Boy” in BoyEatsWorld and I love to travel as much as she does, and I love to eat even more. Yeah, I know she does all the hard work but I help her with ideas and she lets me help choose which pictures to run, even the ones of my little sister, though we always ask her first if she is ok with our picks.

And it’s not just putting stuff on Instagram either. You see, given our total obsession with travelling we have this thing we do every morning where we all snuggle in bed together before we get ready for school to check out what other travellers have been up to on Instagram. It’s one of the ways my sister and I discover new places and get our inspiration for our own adventures.

But while mum fusses and faffs over her own list of family travel accounts I’ve rounded up my own and it is packed with instagram feeds chosen for the reasons that matter to me;

Are they travelling to places I’d like to go to?
Are they doing something different?
Are the photos cool?
Do they inspire me to do something I’ve never done before?
Are the kids doing things that would scare the pants off my mum?
Are they kids I’d like to hang out with?

Here, in no particularly order, are 45 cool kid travellers you should be following on Instagram according to, and including, me.

Let me know who your favourite fearless, cool, travelling kids are, so I can check them out too.

Seriously, Jaka and his family travel to outrageously cool places that I’ve never heard of but now want to visit, like Ladakh. They love nature and getting to know the locals, which I reckon is just about the best part of travelling and their photos are epic. 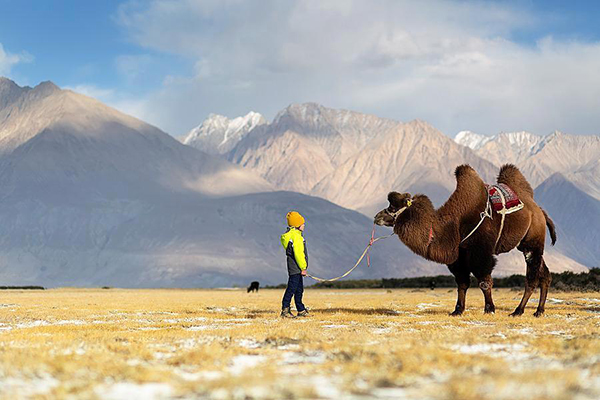 These guys just seem like really cool guys and they get to travel to ah-mazing places like Morocco and India. Plus they like to do crazy stuff and play guitars like me. I’d love to jam with them somewhere really wild someday. 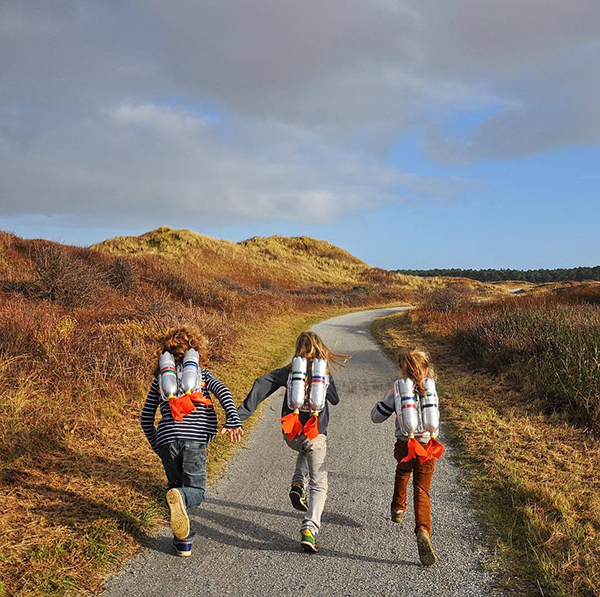 You know when you just know you’d like someone in real life? That is how I feel about the Von Family. They love travel and really embrace culture, the way we like to and they all just seem like really nice people. I like the pictures of the cool places they explore but mostly I like that happiness seems to jump out of their faces in every picture. 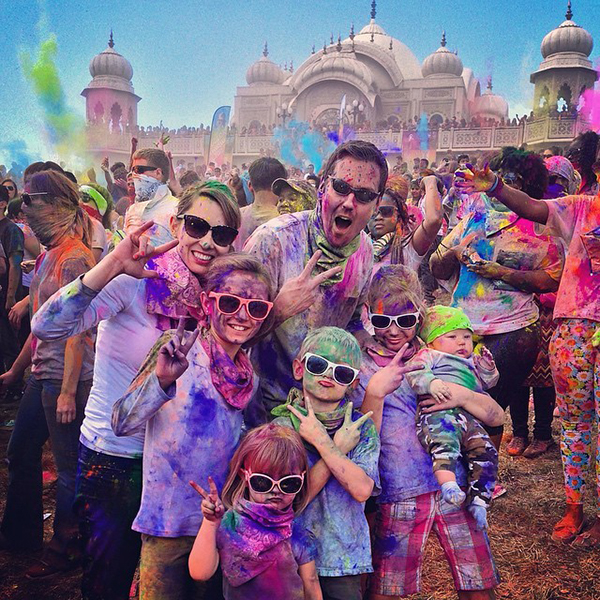 Kalyra is one of the coolest kids I’ve ever talked to and one of the first kidstagrammers I connected with.  She and her little sister Savannah are really adventurous and lots of fun. They travelled around Australia then moved to America where they are sharing the epic things they do on Instagram. Plus, Kalyra loves Harry Potter and climbing, just like me! I hope we get to go climbing together some time. Dressed in Hogwarts uniforms. 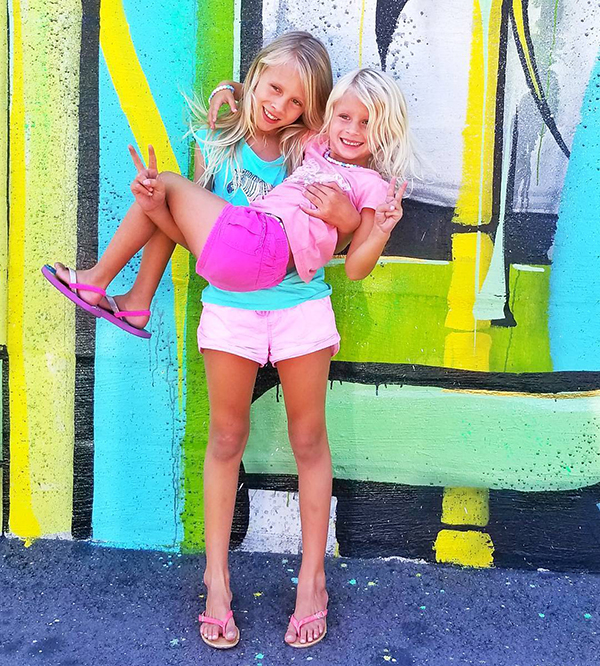 This kid is like seven or eight-years old and takes really good photos. His dad is a professional travel photographer though, so I guess that helps. But he inspires me to do better with my photos and I love seeing what he gets up to. 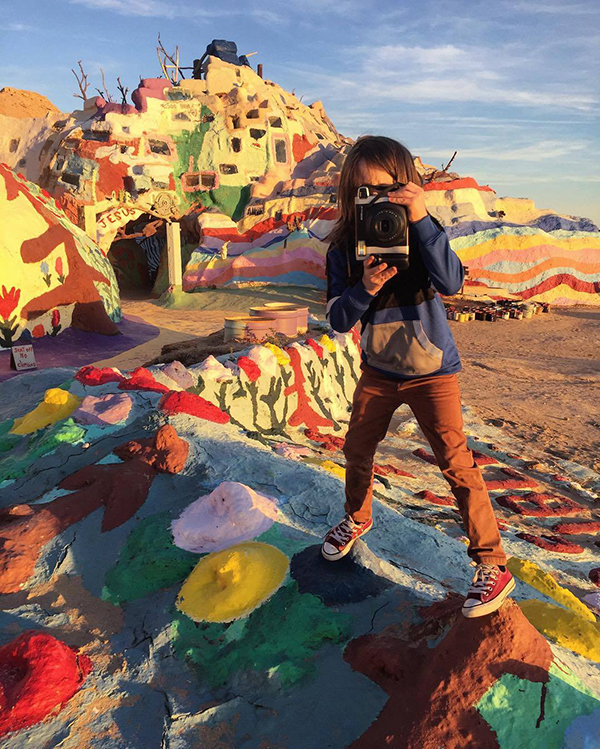 Austin and Carson do all the outdoor stuff I love like mountain biking, kayaking, hiking and skiing. They seem to be really fearless and have explored some epic places like Zion National Park and Bryce Canyon, which are both on my travel wish list. But mostly I like them because you can tell their family has loads of fun together. 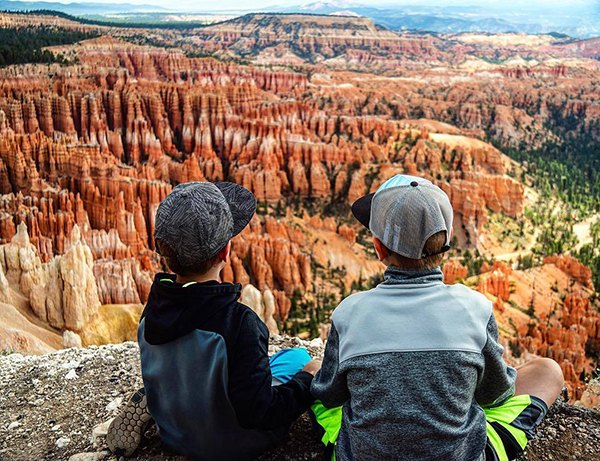 These guys may sound like a team of ninjas but they’re actually four super cool kids who love camping and adventures in the outdoors… and snakes and lizards. They’re like snake whisperers or something. I totally want to hang out with them, though I might pass on the snake bit. 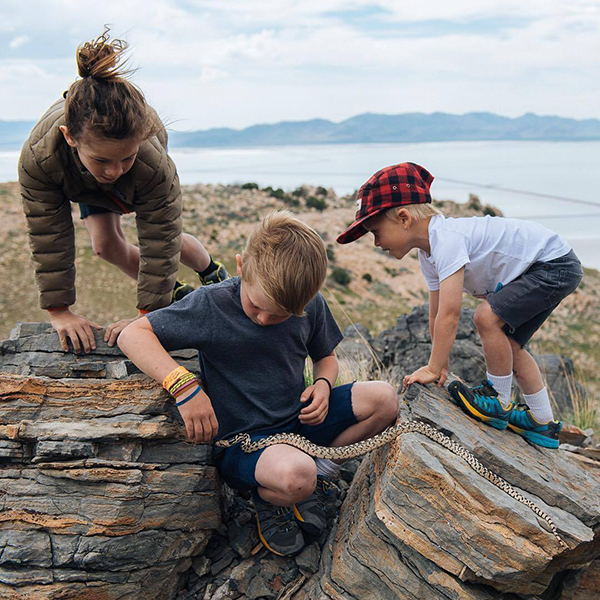 These kids are all about my age and I reckon they’re awesome. They travel to epic places like Antarctica, Chile and Easter Island but the coolest things is that as well as trips together, each kid gets to choose anywhere in the world they want to go every year and their dad takes them by themselves. I love travelling solo with mum (mostly because we get to eat the whole time) and I figure if I write it here she might get the hint and do the same. 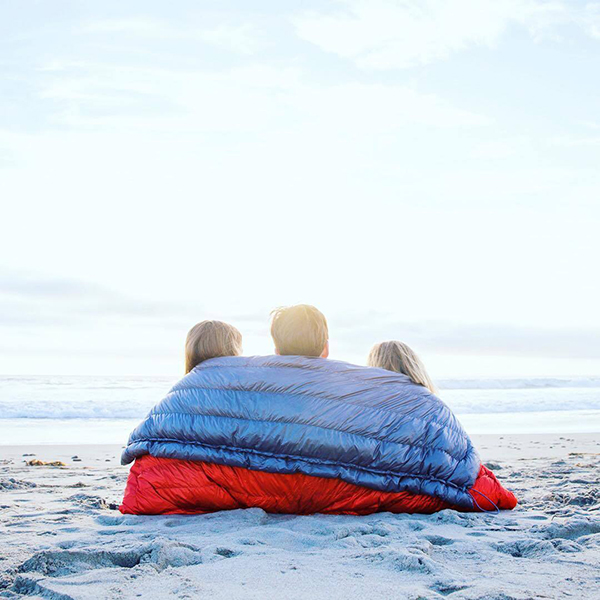 I love these guys so much. Of all the families we follow, this is the one that I feel the biggest connection to, even though I’ve never met any of them. I think it’s because when this multicultural family travels, they really immerse themselves into the culture. And because their parents, like mine, really seem big on teaching them to be globally aware. They are super adventurous, always smiling and they have travelled to some of the places I most want to visit, like Peru and Mexico. 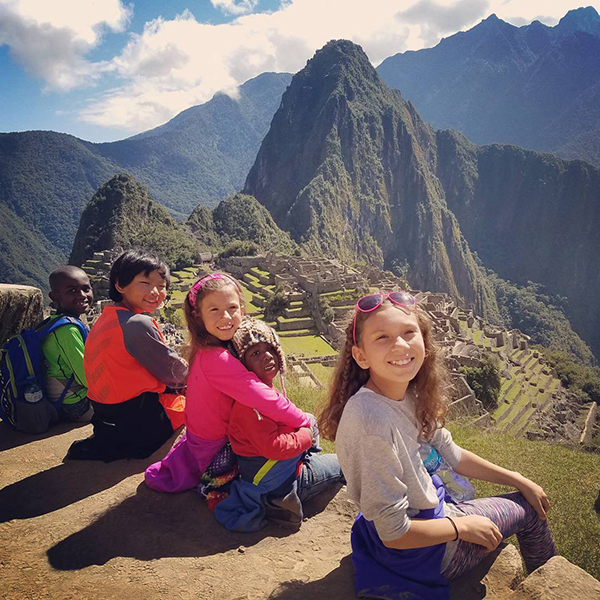 Tess rocks! She’s like 16, and is the first Australian snowboarder to win the junior world championship. I love the snow more than anything and she travels around the world to the best ski areas and her videos of getting air on her board are freaking a-maze-ing. 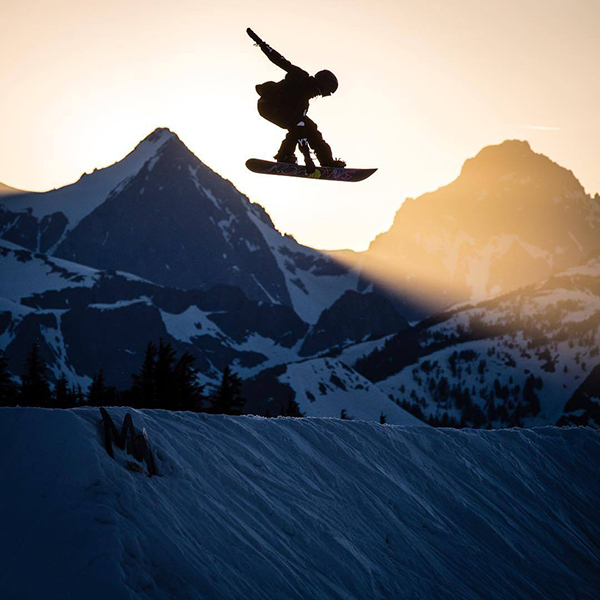 These dudes are totes awesome. They live in Switzerland and travel around Europe skiing and dirt biking and getting some serious action. I don’t really understand what they’re talking about because they speak French but their pics are wicked and I love following their adventures. 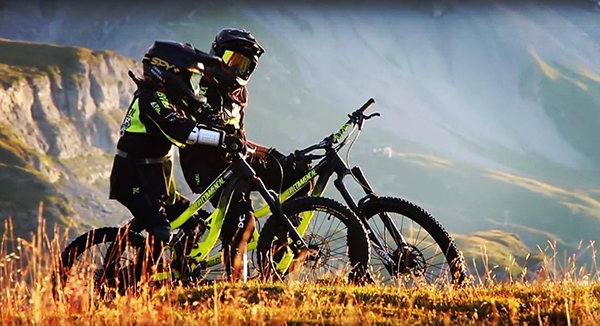 This kid is only one-year old but he is already more adventurous than I am. He kayaks, ice walks and camps in the wildest places with his mum and dad. I reckon this kid is going to be the next Bear Grylls. I just hope he never has to drink his own wee. 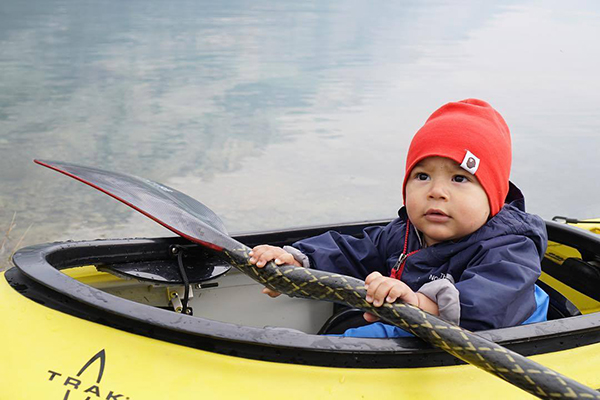 These girls have been travelling full time for ages and doing school on the road. They’ve travelled to about 35 different countries and really get into the countries they visit. They explore the outdoors, visit galleries and museums, learn about the culture and volunteer to give back to the communities they visit, which I think is really important.They even celebrated Dia de los Muertos in actual Mexico, which is like my total dream. And I’m a teensy bit jealous. 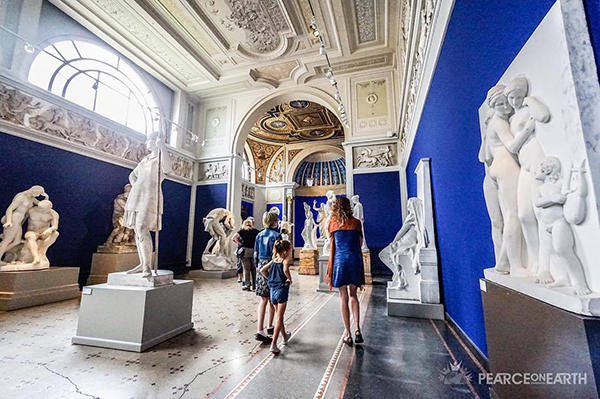 Tiah is only like five or something and she’s not into super wild stuff yet but she made my list because I know she will be one day and I just really love her. Her mum shares amazing pictures of their adventures and when I met her she was so cute I even let her beat me up. Not that I had much say in it. I think she might be a pro-boxer when she grows up. 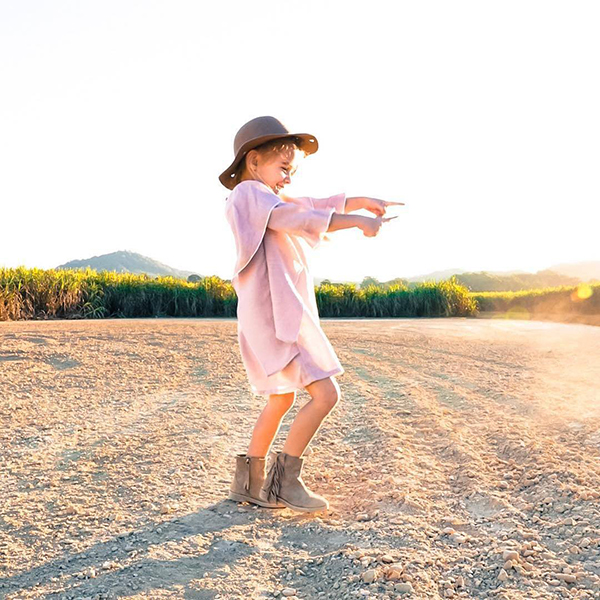 I don’t know these kids’ names, but they share really great photos of epic things like climbing on old airplane wrecks in Iceland and exploring the Grand Canyon. They’ve even visited Lapland, which is awesome because I was getting a bit suss about Santa until I saw they have actually met him … and his reindeers and sled dogs. 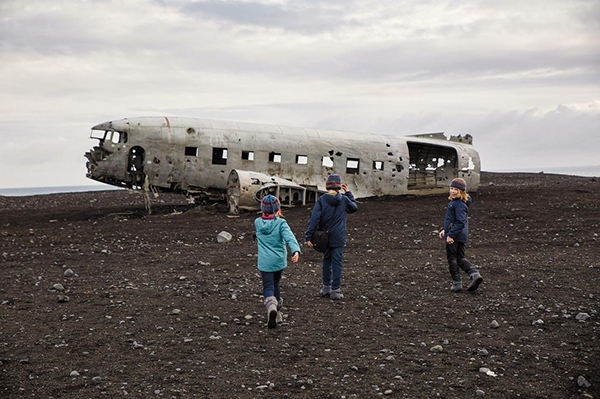 OMG!! This guy is a legend. He’s 17 and has been snowboarding since he was eight years old even though he has damage to his nerves from Cerebral Palsy (Hemiplegia). He travels to the frostiest parts of the world to improve his wicked skills and has competed in the Paralympics for Australia and in the X Games. His videos and pics on his Instagram are epically epic. 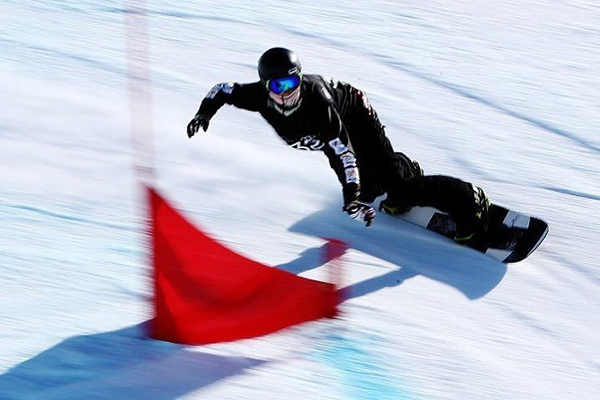 These kids have so much fun everywhere they go. They go to unusual places like Mongolia, which I think is cool, and they do it all with Cooper’s wheelchair. The coolest thing is they never let obstacles get in their way. And Cooper is a foodie like me! I’d like to share an exotic feast with him somewhere someday. 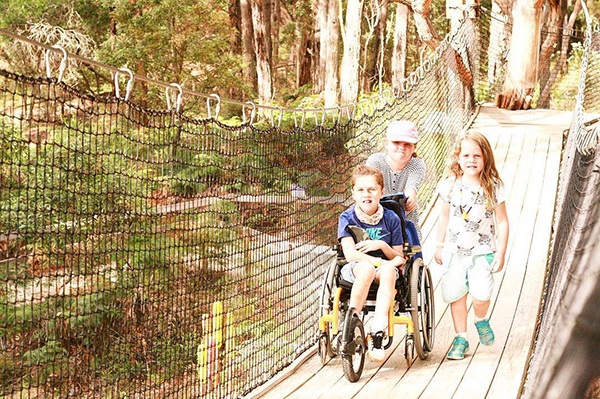 Ok, I am totally biased but my little sister has to be the cutest kid in the world. Ever. And even though she is a little crazy, she’s the best travel buddy ever. She loves adventure and is pretty brave. Except at dinner time, then she’s a fussy pain. But still, that leaves more yummy food for me. (Oh, and you’ll find me here too.) 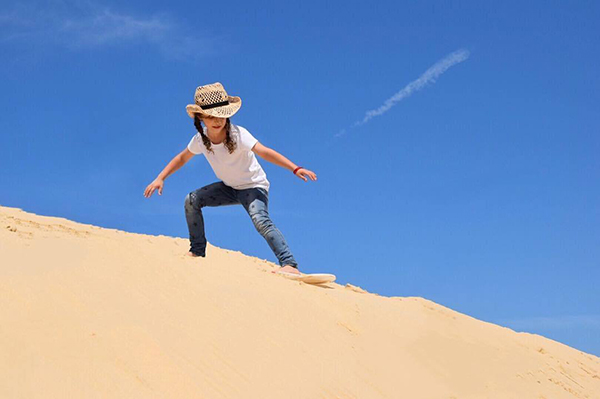 Alex isn’t really a kid, he’s 19, but I can’t not include him because I’ve known him in real life since he was heaps younger and I think he is the coolest person on Instagram. He does all the things I want to do, like skydiving out of a hot air ballon on an inflatable reindeer and jumping off buildings into pools, even though I know stuff like that would make my mum go insane. He’s my ultimate scare your parents silly idol. And he is totally the nicest person ever. 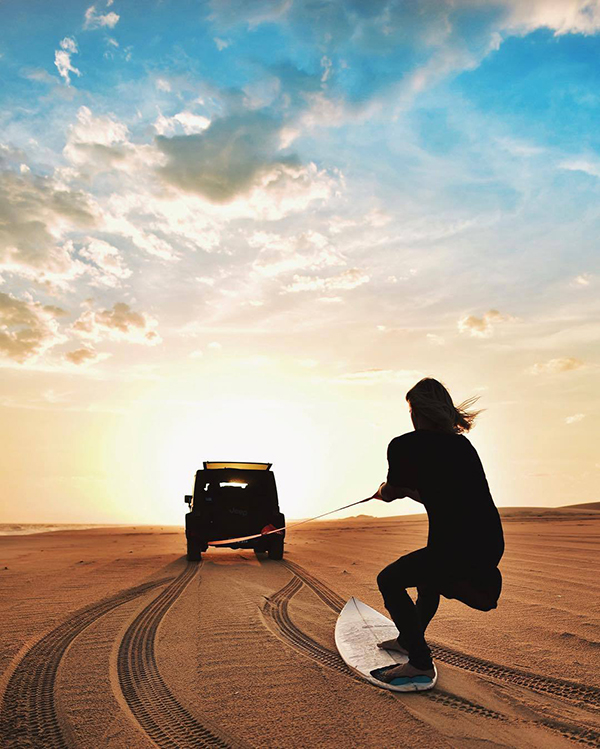 27 Comments on 44 cool kid travellers you should be following on Instagram, now